You are here: Home1 / Free Resources2 / Articles by Tony Cooke3 / Why Did King Charles III Do That?

Why Did King Charles III Do That? 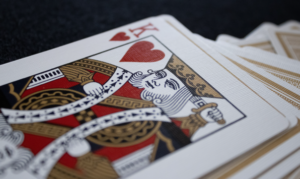 Shortly after the death of Queen Elizabeth II, the announcement was made that her son, Prince Charles, would succeed her and would be known as King Charles III. Two days after her passing, at the ceremony where Charles III was formally proclaimed the new King of England, he signed an oath to uphold the security of the Church in Scotland. This was all part of the established protocol for an incoming monarch.

The history of Christianity in England is loaded with intricacies and complexities, and much of it doesn’t seem to have anything to do with what Jesus taught and promoted. In certain eras, political maneuvering abounded and the ruling party in religious conflicts would sometimes banish, behead, or burn opponents at the stake. Threats and intimidation were commonplace.  “Live and let live” was certainly not the prevailing attitude of those who held religious and political power.

Before we examine why King Charles III signed a document respecting the sovereignty of the Church of Scotland, let’s look at Charles I (1600-1649) and Charles II (1630-1685). King Charles I followed the reign of King James I (who authorized the production of the Authorized Version of the Bible, also known as the King James Bible). King Charles I opposed and took action against any group that resisted the State Church, especially the Scots. While there were many factors involved in his political demise, he was eventually tried for treason and executed.

Later, Charles II ascended to the throne of England. As a playboy, he would be known and remembered as the “Merry Monarch.” Believers, including those in Scotland and Ireland, who did not want their churches under government control were targeted by the King and by Parliament. Puritans (those who wanted to “purify” the church of England) suffered during this time as the Church of Scotland, which wanted to operate independently based on a Presbyterian form of church government.

Britannica states that “The Conventicle Act of 1664 punished any person over 16 years of age for attending a religious meeting not conducted according to The Book of Common Prayer. The Five Mile Act of 1665 prohibited any ejected minister from living within five miles of a corporate town or any place where he had formerly served.” In other words, if you don’t operate your church under the State Church and its directives, you were going to suffer.

We want to take a quick look at two Scottish ministers who stood up against governmental and ecclesiastical tyranny, John Knox (1514-1572) and Samuel Rutherford (1600-1661).

In 1547, John Knox and other Protestants were taken prisoner and he served as a galley slave (chained and rowing) for nineteen months. Later he spent time exiled in Geneva, but he eventually returned to Scotland to work toward a church free from government control. It is said that Mary Queen of Scots remarked, “I fear the prayers of John Knox more than all the assembled armies of Europe.”

As he approached death, Knox prayed, “Come, Lord Jesus. Sweet Jesus into Thy hand I commend my spirit. Be merciful, Lord, to Thy Church, which Thou hast redeemed. Give peace to this afflicted commonwealth. Raise up faithful pastors who will take charge of Thy Church.” The epitaph on his grave read, “Here lies a man who in his life never feared the face of man.”

Samuel Rutherford, a Scottish Presbyterian pastor, lived in a century that saw many suffer martyrdom for their faith. At one point, Rutherford himself was banished from the city where he pastored and was forbidden to preach. Through the influence of Rutherford and others, a National Covenant was signed in 1638 (during the time of Charles I’s reign). This document expressed their resistance to the imposition of State Church regulations on their worship based on the fact that Jesus Christ is the true head of the Church. It is said that some Scots signed this covenant in their own blood.

Later, Rutherford authored a book entitled Lex Rex (The Law of the King). In this work, he stressed God’s absolute authority and argued for limited governmental authority. Under the reign of King Charles II, this book was banned and burned. When Rutherford was charged with treason and demanded to appear before the authorities, he was already on his deathbed and responded with this statement: “I have a summons already from a superior judge, and it is better that I answer my first summons. I now go to be where few kings and great people come.”

Today in America, we think nothing of different denominational and independent churches existing and working peacefully side by side. This has not been the case through much of western history. Our freedoms are due in large part to the battles for religious freedom in Europe, even to the point that the initial statement in our Constitution’s First Amendment is: “Congress shall make no law respecting an establishment of religion, or prohibiting the free exercise thereof…”

Also, we can better understand why one of the first actions taken by the new King of England, Charles III, was to sign a document guaranteeing respect for the independence of the Church of Scotland. It is all rooted in history. 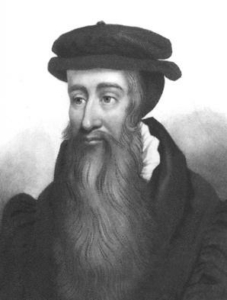 “The Scriptures of God are my only foundation and substance in all matters of weight and importance.”

“A man with God is always in the majority.”

“Lord, give me Scotland or I die!”

“When I think of those who have influenced my life the most, I think not of the great but of the good.”

“O Lord Eternal, move and govern my tongue to speak the truth.”

“None have I corrupted, none have I defrauded; merchandise have I not made.” 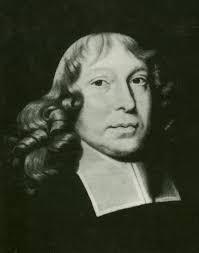 “Believe God’s love and power more than you believe your own feelings and experiences. Your rock is Christ, and it is not the rock that ebbs and flows but the sea.”

“They lose nothing who gain Christ.”

My faith has no bed to sleep upon but omnipotence.”

“Jesus Christ came into my prison cell last night, and every stone flashed like a ruby.”

“Make not Christ a liar in distrusting His promise.”

“Grace tried is better than grace, and more than grace; it is glory in its infancy.”

“I seldom made an errand to God for another, but I got something for myself.”