Count Nikolaus von Zinzendorf is not widely known among American Christians today, but were it not for him, we might have never heard of John Wesley. In October of 2022 I was privileged to preach in Bethlehem, Pennsylvania. It was originally a Christian settlement established by Zinzendorf and his followers, known as the Moravians. 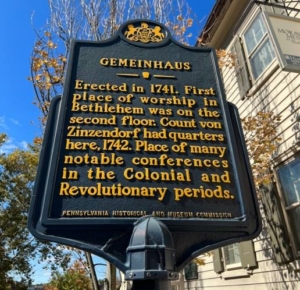 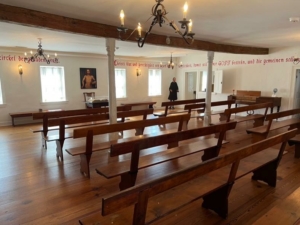 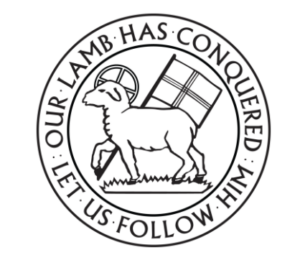 Born into wealth in 1700 in eastern Germany, Zinzendorf received a group of persecuted Christian refugees on to his estate. This group, known as Moravians, were the spiritual descendants of Jan Hus, the Czech reformer who had been burnt at the stake one hundred years before Luther came on the scene.

In 1727, the believing community at Herrnhut (Zinzendorf’s estate) experienced a dynamic outpouring of the Holy Spirit that is sometimes referred to as “The Moravian Pentecost.” The people experienced the presence of God in remarkable ways, and a twenty-four prayer-meeting began that lasted more than one hundred years. Because of the richness of their relationship with God, others often referred to the Moravians as “God’s Happy People.”

Out of this outpouring and their devotion to prayer, a great missionary movement was launched. Up until this time, Protestants had been primarily focused on reforming the church, not so much on missions and the evangelization of the lost. In the first century after this outpouring, two thousand Moravians devoted themselves to foreign work and they had forty-two mission stations in various nations.

It is said that as Moravian missionaries boarded ships heading to other countries, those departing and those sending them off would shout to each other, “May the Lamb that was slain receive the reward of his suffering.” As an Anglican priest, John Wesley encountered Moravian missionaries on their way to the American continent (Georgia), and his life was radically impacted through their influence, and later through a Moravian pastor in London by the name of Peter Boehler.

Zinzendorf was only in Bethlehem, Pennsylvania for a short time, but he was there on Christmas Eve in 1741, and it was his suggestion that this new community of believers be named Bethlehem. I stood in the room where they first worshipped in Bethlehem and I thanked God for the missionary spirit that brought them to our shores. May that same hunger and sense of consecration fill believers yet again, and may we say with those of by-gone years, “May the Lamb that was slain receive the reward of his suffering.”

“I have but one passion – it is He; it is He alone. The world is the field and the field is the world; and henceforth that country shall be my home where I can be most used in winning souls for Christ.”

“I am destined to proclaim the message, unmindful of personal consequences to myself.”

“Every gift, which our Savior bestows upon us for this purpose, we possess for use, and not for display, or to excite attention.”

“These wounds were meant to purchase me. These drops of blood were shed to obtain me. I am not my own today. I belong to another. I have been bought with a price. And I will live every moment of this day so that the Great Purchaser of my soul will receive the full reward of His suffering.”

“Preach Jesus Christ as the Lamb of God, that takes away the sin of the world, and as the propitiation for the sins of the whole world, with demonstration of the Spirit and with power; and when poor lost men come to Christ, and find grace and the forgiveness of their sins in his blood—their hearts are then filled with the Holy Spirit and the love of Christ, and they obtain a desire and power to follow him, and to live according to his will.”

“There can be no Christianity without community.”

“I talked to my Savior and told Him it would not be convenient to be sick on the ship, so He healed me before we sailed.”

“In the depth of the human heart has to be an anchor. It is a… truth of the heart of utmost importance, and only the Holy Spirit can reveal this truth: The Creator had to die for the creature to open the way to heaven. This alone opens the way to commune with the resurrected Savior.”

“The Savior, our dear Evangelist and Teacher preached to the whole world. There is no man, no nation, no religion, and no worldly evil that can resist His fire. We are to carry the sparks into all the earth, and many will catch them.”

“The truthfulness of Scripture can be validated by everyone who applies its maxims to his life. The Word and reader should come so close together, that the reader himself becomes a living Bible.”

“A renewal is not possible when a congregation perceives itself alive but it is actually dead.”

“Being of one heart and one soul does not mean we are all equal. Every soul is an individual king. You can find the beauty of Jesus in every person, even though the social status, temperament, maturity, and age are different. Do not put anybody under pressure to do certain ministries. Heartfelt ministries only develop in a chamber called freedom.”