You are here: Home1 / Free Resources2 / Articles by Tony Cooke3 / Preaching, Popularity, and the Wrath of God

Preaching, Popularity, and the Wrath of God
Tony Cooke 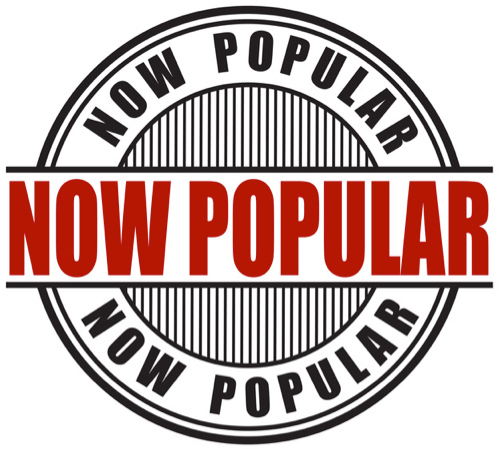 Those who prefer to please men more than God should consider Jesus’ remark: “What sorrow awaits you who are praised by the crowds, for their ancestors also praised false prophets” (Luke 6:26, NLT). Speaking of such individuals, Jeremiah declares, “The prophets prophesy falsely… and my people love to have it so. But what will you do in the end?” (Jer 5:31).

Vance Havner asserts, “Popularity has slain more prophets of God than persecution ever did.” I think that could also be applied to the pursuit of popularity as well. Charles Finney shares some great insights in an article entitled, “How to Preach without Converting Anybody.” Some of his points include:

One of the great evangelists in American history, George Whitefield, said, “The devil loves to represent God as all mercy, or all justice.” This reminds us that we must present the full picture that Scripture paints.

In John 3:16, Jesus declares, “For God so loved the world that He gave His only begotten Son, that whoever believes in Him should not perish but have everlasting life.” But how often do we quote what Jesus said two verses later in John 3:18? There he states, “He who believes in Him is not condemned; but he who does not believe is condemned already, because he has not believed in the name of the only begotten Son of God.”

Likewise, in Romans 1:16, Paul famously proclaims, “For I am not ashamed of the gospel of Christ, for it is the power of God to salvation for everyone who believes.” Two verses later, though, he states, “the wrath of God is revealed from heaven against all ungodliness and unrighteousness of men, who suppress the truth in unrighteousness” (Rom 1:18). All of Scripture is important!

J.I. Packer, a respected Evangelical theologian, notes the reluctance of the modern church to address what Scripture says about the wrath of God.

The modern habit throughout the Christian church is to play this subject down. Those who still believe in the wrath of God (not all do) say little about it; perhaps they do not think much about it. To an age which has unashamedly sold itself to the gods of greed, pride, sex, and self-will, the church mumbles on about God’s kindness, but says virtually nothing about His judgment…The fact is that the subject of divine wrath has become taboo in modern society, and Christians by and large have accepted the taboo and conditioned themselves never to raise the subject. [2]

Earlier than Packer, Richard Niebuhr noted that essential themes of the Christian faith were being stripped from Christianity through liberal theology. He summarizes (in 1937) an anemic, neutralized “gospel” with these words: “A God without wrath brought men without sin into a Kingdom without judgment through the ministrations of a Christ without a Cross.” [3] I think that Niebuhr encapsulates the four areas to omit if you want to be popular with everyone. In other words, don’t mention wrath, sin, judgment, or the cross.

In an article called “No Squishy Love,” theologian Timothy George writes that a major denomination (once known for its strong faith in the integrity of the word of God and the essentials of the gospel) was recently considering including the song, “In Christ Alone,” in a new hymnal they were producing. However, a reference to the substitutionary death of Christ was deemed problematic. George writes,

They could not abide this line from the third stanza: “Till on that cross as Jesus died/the wrath of God was satisfied.” For this they wanted to substitute: “…as Jesus died/the love of God was magnified.” The authors of the hymn insisted on the original wording, and the Committee voted nine to six that “In Christ Alone” would not be among the eight hundred or so items in their new hymnal. [4]

The world has no problem if a preacher says, “God is love” (and it’s true—God is love as 1 John 4:8 and 16 joyfully declares). As a matter of fact, they may even applaud this wonderful fact. As foundational, imperative, and vital as God’s love is, that is not all the New Testament teaches. Consider the following:

If the above Scriptures don’t convince you of the reality of God’s wrath, I encourage you to do a word study on “wrath” in the book of Revelation. The gospel is not that God is incapable of or possesses no wrath, but that “Mercy triumphs over judgment” (Jas 2:13). The Good News we have because of Jesus is expressed in the type of Scriptures below:

What are we to do? We must, as Paul did, preach the whole counsel of God (Acts 20:27). Wisely, H. B. Charles notes, “Truth without love is brutality. Love without truth is hypocrisy.” Keith Intrater states, “To preach the fires of hell without the glories of Heaven is condemnation. To preach the glories of Heaven without warning people of the fires of hell is to lull them into a false security.” We must strive to present the whole gospel!

I’m not suggesting that we train church greeters, who see new visitors coming in the door, to welcome them with, “Brood of vipers! Who warned you to flee from the wrath to come?” (Matt 3:7). I believe churches should be loving, friendly, welcoming, and encouraging places. But neither should people sit in church for years and never hear about “the goodness and severity of God” (Rom 11:22, emphasis added).

I was once teaching in a Bible School in another nation, and I briefly touched on the judgment that fell upon the church leader, Jezebel (Rev 2:20-23), and the unrepentant church member who Paul turned over to Satan for the destruction of the flesh (1 Cor 5:1-5). One of the students was driving me to the airport, and he had several questions about these passages. I was a bit surprised when he said, “I have consistently attended a Bible believing church for fifteen years, and I have never heard those Scriptures or any passages like them ever addressed.”

In explaining their cause, Christianity Today magazine uses what I believe is some excellent wording: “When you take a look at the world today, you see a turn toward ugly orthodoxy and attractive heresy—truth spoken in shrill and unloving ways, falsehood spoken in winsome and compelling fashion.” [5] CT proceeds to encourage what they call “Beautiful Orthodoxy,” which I assume is nothing more than what Paul advocates when he says we are to “know the whole truth and tell it in love” (Eph 4:15, MSG).

In 1790, James McGready, a frontier Presbyterian preacher went against the grain of popular trends in his day. Many preachers would not give invitations for people to repent and receive Christ because they believed that only the elect could be saved. McGready, though, was persuaded that it was his responsibility to preach the gospel fully and clearly, and invite people to respond in repentance and faith. He declares:

“Ministers must use every means to alarm and waken Christ-less sinners from their security, though the world scorn us. Do this we must, or the blood of sinners will be required of our hands—their damnation will lie at our door.”

There is nothing wrong with being creative in our communication, relevant in our teaching, and kind and gracious in our tone. I consider all of these to be admirable traits. But we must also aspire to be people of truth and conviction. It is important to note that Jesus did not bring grace without truth, or truth without grace. Rather, “grace and truth came through Jesus Christ” (John 1:17, emphasis added). People need and deserve both.

1.  Read the rest of “How to Preach Without Converting Anybody” by Charles Finney at:  https://tonycooke.org/riches-from-history/how-to-preach/