You are here: Home1 / Free Resources2 / Riches from History3 / How to Preach without Converting Anybody by Charles G. Finney

How to Preach without Converting Anybody
Charles G. Finney 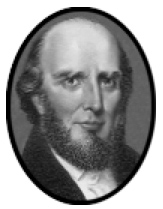 Avoid preaching about the necessity of a radical change of heart, through the truth revealed to the heart by the agency of the Holy Spirit.

Let your supreme motive to be popular with all people, then, of course, your preaching will be suited for that purpose, and not to convert souls to Christ.

Avoid preaching doctrines that are offensive to the carnal mind, so that no one should say to you, as they did of Christ, "This is a hard saying, who can hear it?"

Make no distinct points, and do not disturb the consciences of your hearers so that they may become truly alarmed about their souls.

Avoid all illustrations, repetitions, and expressive sentences that may compel people to remember what you say.

Avoid all heat and enthusiasm in your delivery, so that you never make the impression that you really believe what you say.

Make appeals to the emotions, and not the conscience, of your hearers.

Be careful not to testify from your own personal experience of the power of the gospel, so that you never should produce the conviction upon your hearers that you have something which they need.

Do not stir up uncomfortable memories by reminding your hearers of their past sins.

Denounce sin in a general way, but make no reference to the specific sins of your present audience.

Do not make the impression that God commands your listeners here and now to obey the truth. Do not let them think that you expect them to commit themselves right on the spot to give their hearts to God.

Give the impression that they are expected to go away in their sins, and to consider the matter at later time of their convenience.

Preach salvation by grace; but ignore the condemned and lost condition of the sinner so that he never should understand what you mean by grace, and know his need of it.

Preach the gospel as a remedy or a cure, but conceal or ignore the fatal disease of the sinner.

Do not speak of the spirituality of God’s holy law (by which comes the knowledge of sin), so that the sinner never should see his lost condition and repent.

Make no appeals to the fears of sinners; but give them the impression that they have no reason to fear.

Preach Christ as an infinitely friendly and good-natured being. Ignore those scathing rebukes of sinners and hypocrites which so often made His hearers tremble.

Do not rebuke the worldly tendencies of the church, so that you should never hurt their feelings, and finally convert some of them.

Admit, either obviously or casually, that all men have some moral goodness in them; so that sinners should never understand that they need a radical change of heart, from sin to holiness.

Say so little of hell that your people will think that you do not believe in its existence yourself.

Make the impression that, if God is as good as you are, He could not send anyone to hell.

Make no disagreeable reference to the teachings of self-denial, cross-bearing, and crucifixion to the world, so that you should never convict and convert some of your church members.

Do not rebuke extravagance in dress, so that you should never make an uncomfortable impression on your vain and worldly church members.

Encourage lots of church socials, and attend them yourself.

Aim to make your hearers pleased with themselves and pleased with you, and be careful especially not to wound the feelings of anyone.

Make sure you avoid preaching to those who are present. Preach about sinners, but not to them. Say "they," and not "you," so that anyone should never take your subject personally, and apply it to their own life, Securing the salvation of their soul.

Preach that the new birth is something God deposits in people, not a fundamental change in the ultimate purpose of our lives.

Never tell people that they must cease from serving self and serve God and do His will.

Never tell them that repentance is man’s ability and responsibility to turn from his sin to God! Teach them to delay turning away from all known sin toward God.

Preach predestination in such away that results in fatalism and apathy on the part of all people. Make each person believe that God has already determined who shall be saved, and nothing can change His will. You never want anyone to think that their actions can make any difference.

Preach that man is totally unable to obey God. Teach him that no one can turn to God, but he must wait upon God to turn (change) him. Make sure that no one realizes his true responsibility requiring him to repent in order to be saved. You never want anyone to know that man can turn from sin to God but the real problem is that he will not!

Preach that every one is born a sinner and a criminal. Teach that every baby is born guilty before God. You never want anyone to consider the fact that man is born morally innocent. You do not want anyone to know that he becomes a sinner because, in his rebellion, he has refused to love God with all his heart according to the light and has selfishly sought his own happiness above all else.

Preach that a person can be saved without making Jesus his lord.

Teach that holiness is just an option and not a requirement of the gospel. Teach them that they can be Christian without becoming true disciples.

Preach eternal security in such away that requires no perseverance in faith or continuance in holiness on the part of the believer. Make every person think he has his ticket to heaven that is all paid for so that he will always safely scoff at all calls for repentance and righteous.

Teach Christians that sin is a normal and natural part of their every day life and that they can never truly expect to ever overcome sin through the power of Christ.

Preach that no Christian needs to do anything. Teach them that they are safe and heaven bound even if their lives are disobedient and rebellious.