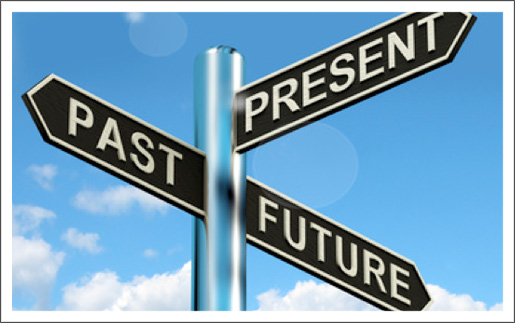 No, I’m not confused about what month it is. I know that Easter is not until next month. I believe, though, it’s important that we not only think about resurrection when Easter comes around. I wonder how many believers appreciate all the ramifications of resurrection, and recognize its multi-dimensional influence in our lives.

Our word resurrection is from the Greek word anastasis, which means a rising again, a resurrection from death, raised to life again, to stand up again, raising up. While it’s important to know the meaning of the word, it’s just as important to understand the diversity of how resurrection applies in our lives. When people celebrate Easter, their primary focus (and rightfully so) is on the past, when Jesus was resurrected. However, we will miss much if we neglect the present and future aspects and applications of resurrection.

Let’s look at each of these.

1. Resurrection is an historical fact to be celebrated.

The culmination and crescendo of each of the Gospels—Matthew, Mark, Luke, and John—is the resurrection of the Lord Jesus Christ. According to Paul, the resurrection is of first importance. 1 Corinthians 15:3-4 says, “For I delivered to you first of all that which I also received: that Christ died for our sins according to the Scriptures, and that He was buried, and that He rose again the third day according to the Scriptures…”

The doctrine of the resurrection is absolutely central to the Christian faith. If the resurrection of Jesus is not totally true, then everything in the Bible and in the life of Jesus that precedes it (Genesis through the end of the Gospel Accounts) and everything that follows it (The Book of Acts through the Book of Revelation) is absolutely meaningless.

Romans 1:4 says that Jesus was, “…declared to be the Son of God with power according to the Spirit of holiness, by the resurrection from the dead.” His resurrection is the basis for all of our hope! Jesus said, “Because I live, you will live also” (John 14:19).

2. Resurrection is a current reality to be experienced.

10 [For my determined purpose is] that I may know Him [that I may progressively become more deeply and intimately acquainted with Him, perceiving and recognizing and understanding the wonders of His Person more strongly and more clearly], and that I may in that same way come to know the power outflowing from his resurrection [which it exerts over believers], and that I may so share His sufferings as to be continually transformed [in spirit into His likeness even] to His death, [in the hope] 11 That if possible I may attain to the [spiritual and moral] resurrection [that lifts me] out from among the dead [even while in the body].
– Philippians 3:10-11 (Amplified)

There is what we could call a “resurrection power” that is available to us right now. Paul said that “…we have the Holy Spirit within us as a foretaste of future glory, for we long for our bodies to be released from sin and suffering. We, too, wait with eager hope for the day when God will give us our full rights as his adopted children, including the new bodies he has promised us.” (Romans 8:23, NLT). We’ll get brand new, resurrected bodies in the future, but right now we have, as Paul said, “a foretaste of future glory.”

Though we don’t receive the full dose of resurrection power now, we do have the “foretaste” of His glorious power that has made alive our spirits, comforts and strengthens our souls, and can even quicken our mortal bodies. A great illustration of this is shared by Kenneth Hagin. Having been bedfast for 16 months, he received his healing, and then, after only a couple of months he got a job pulling two-year old peach trees.

He wrote (in “Exceedingly Growing Faith”), “Each morning before sunup we would meet, and every day some of the boys would say, ‘Well, I didn’t think you’d make it today. You know, two or three quit yesterday.’ Even as a young man, Brother Hagin responded, ‘If it weren’t for the Lord I wouldn’t be here, I would answer, for you see, His strength is my strength. The Bible says, The Lord is the strength of my life.’” He also related, “Now, if I had gone by my feelings I would never have gotten out of bed! I was never so weak in my life. I felt as if I couldn’t do it. But I stayed with it. I acted upon the Word because I knew what faith was.”

Brother Hagin ended his testimony about his early work experience saying, “When we began to work each morning I wouldn’t have any strength, but when we started on the first tree (or sometimes the second) I would feel something hit me in the top of my head. It would go through my body, out the ends of my fingers, and out the ends of my toes. Then I would work all day long like a Trojan.” Finally, he said, “In the natural I was the weakest and the skinniest, but I was the only man left of the original crew. I had proved God’s Word.” Resurrection power can make us stand right now! Resurrection power can lift our spirits, encourage our souls, and bring life and strength to our mortal bodies!

3. Resurrection is a future event to be anticipated.

We could never praise God enough for the resurrection of Christ and the eternal life His resurrection has made available to us. But we must remember that what Jesus did in His past speaks volumes about what will occur in our future!

Even in the Old Testament, a future resurrection was perceived and prophesied.

“…our citizenship is in heaven, from which we also eagerly wait for the Savior, the Lord Jesus Christ, who will transform our lowly body that it may be conformed to His glorious body…” (Philippians 3:20-21).

The future resurrection we will experience not only gives us hope for the future, but conveys to us the great value that God places upon our bodies. Unlike the Greeks, Jesus and Paul did not perceive the body as an evil prison from which our primary aspiration is to escape. We belong to God—every part of us! Paul said, “…your body is the temple of the Holy Spirit who is in you, whom you have from God, and you are not your own? For you were bought at a price; therefore glorify God in your body and in your spirit, which are God’s” (1 Corinthians 6:19-20).

Because our bodies belong to God, and because God’s claim on our bodies extends into eternity, what we do with our bodies now is significant. This is why Paul told believers to, “…present your bodies a living sacrifice, holy, acceptable to God…” (Romans 12:1).

Resurrection is what happens when the life of God touches and influences everything else. Resurrection is an historical fact to be celebrated, a current reality to be experienced, and a future event to be anticipated. Make sure that you are celebrating, experiencing, and anticipating God’s life to the fullest.