You are here: Home1 / Free Resources2 / Holiday Resources3 / The Lesson of His Lineage

The Lesson of His Lineage
Rev. Tony Cooke 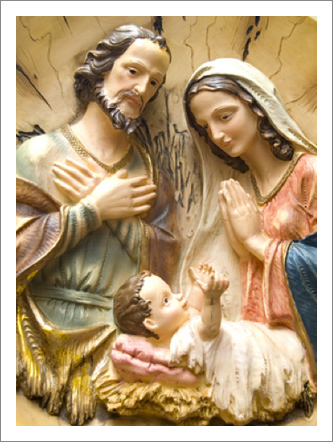 We all know about Joseph and Mary, the Inn of Bethlehem, the shepherds, the star, and the wise men. They’re all part of the wonderful story we remember and tell this time of year. There’s more to the story, though. Obscure and often overlooked, buried in Matthew’s genealogy and leading up to the birth of Christ are four women.

Matthew 1:1-6
1 The book of the genealogy of Jesus Christ, the Son of David, the Son of Abraham: 2 Abraham begot Isaac, Isaac begot Jacob, and Jacob begot Judah and his brothers. 3 Judah begot Perez and Zerah by Tamar, Perez begot Hezron, and Hezron begot Ram. 4 Ram begot Amminadab, Amminadab begot Nahshon, and Nahshon begot Salmon. 5 Salmon begot Boaz by Rahab, Boaz begot Obed by Ruth, Obed begot Jesse, 6 and Jesse begot David the king. David the king begot Solomon by her who had been the wife of Uriah.

Most Christians don’t get excited about the genealogies; they are the sections of Scripture that we typically skim over. But there’s something very unique about the inclusion of these four women. It was not customary in those days for women to be a part of such listings. As a matter of fact, women then had little or no legal rights, and were merely the possession of their fathers or husbands.

Consider these four women—all ancestors of Jesus—that Matthew, inspired by the Holy Spirit, included in his Gospel:

This woman was married to one of the sons of Judah. Her husband died, leaving her childless. She married his brother (according to a custom of that day), but he died, also leaving her childless. Judah told her to wait for his youngest son, but really had no intention of having them marry (he probably considered her to be “bad luck,” the cause of his first two sons’ deaths).

Tamar then posed as a prostitute and had a sexual encounter with Judah, her father-in-law. Another of Jesus’ ancestors (Perez) was born of this illicit act.

A Cannanite woman and a prostitute in Jericho. However, she came to recognize Jehovah as the true God, saved the Hebrew spies, and through faith, found the favor of God and became a part of God’s covenant people. She said, “…the LORD your God, He is God in heaven above and on earth beneath” (Joshua 2:11).

The “scarlet cord” she tied in her window to bring safety and deliverance to her family is considered to be a type of the blood of Christ (Joshua 2:15-21).

Rahab is listed in the great “Hall of Faith” (Hebrews 11:31) and is also mentioned by James as an example of faith (James 2:25). Rahab later married an Israelite and became an ancestress not only to Jesus, but (according to rabbinic tradition), an ancestress to eight of Israel’s prophets, including Jeremiah.

A woman of Moab, a despised and outcast people. The Moabites and the Ammonites had their origin through incest when Lot’s two daughters got their father drunk and became pregnant by him (Genesis 19:30-37).

Though not part of the commonwealth of Israel, Ruth displayed courageous love and unshakeable loyalty (Ruth 1:16-17), became the great-grandmother of King David, and took her place in the lineage of Christ.

The woman David had an adulterous affair with before he put her husband, Uriah, to death. After marrying David, she became the mother of Solomon, and like the other women mentioned, is an ancestress of Jesus.

What is amazing is that Matthew made no attempt to cover any of this up! The Bible doesn’t “candy coat” the facts. Instead, he highlighted these four women in an age when women were typically ignored. Further, he neglected to mention any of the other women in Jesus’ lineage, even “respectable women” such as Sarah, Rebekah, and Leah.

William Barclay said of these four women, “If Matthew had ransacked the pages of the Old Testament for improbable candidates he could not have discovered four more incredible ancestors for Jesus Christ. But, surely, there is something very lovely in this. Here at the very beginning of the gospel we are given a hint of the all-embracing width of the love of God. God can find his servants amongst those from whom the respectable orthodox would shudder away in horror.”

I enjoy the trees and the lights and all the festivities of the season, but the true beauty of Christmas is not found in any of these. It’s found in the eternal fact that “God demonstrates His own love toward us, in that while we were still sinners, Christ died for us” (Romans 5:8).

All through history, God has sought us. Even when our attitudes and actions were against Him, He was for us. When we were at our very worst, God gave us His very best!

The Good News Is that Once…

Ephesians 2:12-14, 17-18
12 “you were without Christ, being aliens from the commonwealth of Israel and strangers from the covenants of promise, having no hope and without God in the world. 13 But now in Christ Jesus you who once were far off have been brought near by the blood of Christ” 14 For He Himself is our peace, who has made both one, and has broken down the middle wall of separation, 17 And He came and preached peace to you who were afar off and to those who were near. 18 For through Him we both have access by one Spirit to the Father.

Jesus has broken down the wall of separation!

Galatians 3:28 (The Message)
28 In Christ’s family there can be no division into Jew and non-Jew, slave and free, male and female. Among us you are all equal. That is, we are all in a common relationship with Jesus Christ.

All of this really is about barriers coming down. William Barclay articulated these three points:

1 Timothy 1:12-16 (NLT)
12 How thankful I am to Christ Jesus our Lord for considering me trustworthy and appointing me to serve him, 13 even though I used to scoff at the name of Christ. I hunted down his people, harming them in every way I could. But God had mercy on me because I did it in ignorance and unbelief. 14 Oh, how kind and gracious the Lord was! He filled me completely with faith and the love of Christ Jesus. 15 This is a true saying, and everyone should believe it: Christ Jesus came into the world to save sinners — and I was the worst of them all. 16 But that is why God had mercy on me, so that Christ Jesus could use me as a prime example of his great patience with even the worst sinners. Then others will realize that they, too, can believe in him and receive eternal life.

Satan desires to use shame in our lives to keep us from God. Some Christians have been legally forgiven of their sin, but they haven’t been experientially delivered from shame.

“Shame is a spin-off from guilt. We may feel guilty for what we did, but we feel ashamed of who we are.”
– Dr. Les Parrott

We know that Jesus was born of the Virgin Mary – born of a supernatural work of the Holy Spirit. But naturally speaking, Jesus had a lineage, a genealogy, and Matthew, inspired by the Holy Spirit, gave us that genealogy. He highlighted four women in particular, something that was very uncommon.

I believe the Holy Spirit wanted us to know that Jesus did not come from a perfect line of people. He did not come into a perfect world to save perfect people.

Jesus came from a lineage of imperfect people, fallen people. He came into a world of sinners to save sinners. He came to break down the wall of separation and make us one in Him.

Because of Jesus, we can celebrate and experience the reality of Romans 8:1: There is therefore now no condemnation to those who are in Christ Jesus…