You are here: Home1 / Free Resources2 / Articles by Tony Cooke3 / Why We Believe in the Trinity

Why We Believe in the Trinity

Believing in the Trinity seemed normal to me, as I grew up singing the Doxology every Sunday. It contained the words, “Praise Him above ye heavenly host. Praise Father, Son, and Holy Ghost.” Another hymn sung frequently in my church contained the words, “Holy, holy, holy!  Merciful and mighty, God in three persons, blessed Trinity!”

While those are beautiful and powerful, we must ask the all-important question as to whether the Trinity is really taught in the Bible. Some have contended that the word Trinity never appears in Scripture, and that is true (it was first used by the early church father, Tertullian AD 160-220). However, the concept of the Trinity is used pervasively throughout the New Testament and is alluded to in the Old Testament.

For example, we see the Trinity in operation in the following:

The Annunciation – “The Holy Spirit will come upon you, and the power of the Highest will overshadow you; therefore, also, that Holy One who is to be born will be called the Son of God” (Luke 1:35 NKJV).

The Lord’s Baptism – “When He had been baptized, Jesus came up immediately from the water; and behold, the heavens were opened to Him, and He saw the Spirit of God descending like a dove and alighting upon Him. And suddenly a voice came from heaven, saying, “This is My beloved Son, in whom I am well pleased” (Matthew 3:16-17 NKJV).

Insight of John the Baptist – “For He whom God has sent speaks the words of God, for God does not give the Spirit by measure. The Father loves the Son, and has given all things into His hand” (John 3:34-35 NKJV).

Jesus’ Ministry – “…how God anointed Jesus of Nazareth with the Holy Spirit and with power, who went about doing good and healing all who were oppressed by the devil…” (Acts 10:38 NKJV).

Jesus’ Prayer – “And I will pray the Father, and He will give you another Helper, that He may abide with you forever—the Spirit of truth…” (John 14:16-17 NKJV).

Redemption – “But when the kindness and the love of God our Savior toward man appeared, not by works of righteousness which we have done, but according to His mercy He saved us, through the washing of regeneration and renewing of the Holy Spirit, whom He poured out on us abundantly through Jesus Christ our Savior…” (Titus 3:4-6 NKJV).

The Initial Receiving of the Spirit – So Jesus said to them again, “Peace to you! As the Father has sent Me, I also send you.” And when He had said this, He breathed on them, and said to them, “Receive the Holy Spirit” (John 20:21-22 NKJV).

The Great Commission – “Go therefore and make disciples of all the nations, baptizing them in the name of the Father and of the Son and of the Holy Spirit…” (Matthew 28:19 NKJV).

A Ministerial Charge – “…take heed to yourselves and to all the flock, among which the Holy Spirit has made you overseers, to shepherd the church of God which He purchased with His own blood” (Acts 20:28 NKJV).

Access to God – “Now all of us can come to the Father through the same Holy Spirit because of what Christ has done for us” (Ephesians 2:18 NLT).

Teaching on Church Unity – “There is one body and one Spirit, just as you were called in one hope of your calling; one Lord, one faith, one baptism; one God and Father of all, who is above all, and through all, and in you all.” (Ephesians 4:4-6 NKJV).

Cleansing – “How much more shall the blood of Christ, who through the eternal Spirit offered Himself without spot to God, cleanse your conscience from dead works to serve the living God?” (Hebrews 9:14 NKJV).

Assurance – “By this we know that we abide in Him, and He in us, because He has given us of His Spirit. And we have seen and testify that the Father has sent the Son as Savior of the world” (1 John 4:13-14 NKJV).

Paul’s Apostolic Greeting – “This letter is from Paul, a slave of Christ Jesus, chosen by God to be an apostle and sent out to preach his Good News. 3 The Good News is about his Son… he was shown to be the Son of God when he was raised from the dead by the power of the Holy Spirit” (Romans 1:1, 3-4 NLT).

Peter’s Apostolic Greeting – “This letter is from Peter, an apostle of Jesus Christ. I am writing to God’s chosen people… God the Father knew you and chose you long ago, and his Spirit has made you holy. As a result, you have obeyed him and have been cleansed by the blood of Jesus Christ” (1 Peter 1:1-2 NLT).

An Apostolic Benediction – “The grace of the Lord Jesus Christ, and the love of God, and the communion of the Holy Spirit be with you all. Amen” (2 Corinthians 13:14 NKJV). 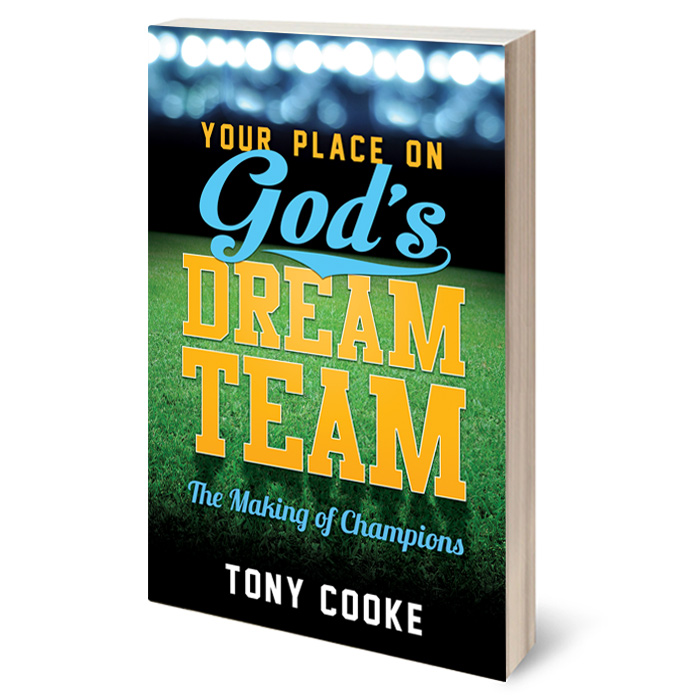 The members of the Trinity—as with the members of any team—fulfill different roles and responsibilities. They also exhibit unparalleled respect and love toward one another. The pattern of their workings seems to be better understood and explained in the following way:

The Father plans; He is the architect and the source of divine activity.
The Son performs; He executes and carries out the Father’s plan.
The Holy Spirit perfects; He follows up and brings into reality that which the Father ordained and that which the Son has carried out.

There is an element of mystery to the Trinity that transcends the comprehension of our finite minds. It seems we strive in vain to find words, metaphors, or analogies to help convey the amazing truth of the Trinity. It is inevitable that our feeble attempts will fall short of completely describing an infinite, eternal God.

To whom then will you liken God? Or what likeness will you compare to Him?
Isaiah 40:18, NLT

To whom will you liken Me, and make Me equal and compare Me, that we should be alike?
Isaiah 46:5, NKJV

Nevertheless, people have tried to explain what defies complete understanding. Of the metaphors that have been used to try to illustrate the Trinity, some are more helpful than others, but none are perfect. Some of these metaphors include:

The three-leafed clover, as explained by St. Patrick.
Water: It takes on three forms—liquid, vapor, and solid.
A triangle: It is one object with three sides.
An egg: Again, it is one object, but it’s comprised of yolk, white, and shell.
Space, which can be spoken of in terms of length, width, and depth.
An apple: This is one fruit, but it has a peel, meat, and core.
Sun, heat, and light
Multiplication (1 x 1 x 1 = 1)
Music (a three-note chord)

Some of these are limitedly helpful—they get us thinking about unity and plurality. However, no analogy can ever convey the majesty and grandeur of God. Pressed too far, an illustration can give the idea that there are three gods instead of One God who exists in three persons, or at the other extreme, that the Godhead involves just one person who takes on three roles.

Great Statements About the Trinity
“Have we not one God and one Christ and one Spirit of grace shed upon us?”
– Clement of Rome (35-99)

“We believe in one God the Father Almighty, ‘who made heaven and earth and the sea and all that is in them’ (Exodus 20:11); and in one Christ Jesus, the Son of God who became incarnate for our salvation; and in the Holy Spirit, who through the prophets predicted the plan of God.”
– Irenaeus (125-202)

“It is protected by the power of God the Father, and the blood of God the Son, and the dew of the Holy Spirit.
– Clement of Alexandria (150-215)

We accordingly see the incarnate Word. And we know the Father through Him. We also believe in the Son, and we worship the Holy Spirit.
– Hippolytus (170-235)

“Every divine action begins from the Father, proceeds through the Son, and is completed in the Holy Spirit.”
– Basil of Caesarea (330-379)

“If there be one God subsisting in three persons, then let us give equal reverence to all the persons in the Trinity. There is not more or less in the Trinity; the Father is not more God than the Son and Holy Ghost. There is an order in the Godhead, but no degrees; one person has not a majority or super eminence above another, therefore we must give equal worship to all the persons.”
– Thomas Watson (1620-1686)

“The unity of the Godhead was unmarred by discord. Father, Son, and Holy Spirit delight to honor one another. ‘I and my Father are one’ (John 10:30), Jesus claimed, implying they were one not only in essence, but also in attitude and purpose. The Persons of the Trinity cooperated for our redemption in perfect harmony and reciprocity. The Father planned. The Son made the plan possible of realization by yielding up His life to death on the cross. The Spirit bent His fiery energies to the implementation of the plan. It was His appreciation of this harmony that inspired our Lord to pray for His followers: ‘That they may be one, as we are’ (John 17:11).”
– Oswald Sanders (1902-1992)

“Within the Holy Trinity we see that in principle the notion of subordination does not carry with it the notion of inferiority… Christ willingly submitted to the Father, without a word of protest. It is precisely that willingness that we are called to imitate in submitting ourselves to authority.” – R.C. Sproul (1939-2017)

“…it is also true that the reality of the Father, the Son, and the Holy Spirit working together as a team for the full salvation of sinners pervades the entire New Testament.”
– J.I. Packer (1926-2020)

“…the cooperative activity of the Three in saving us—the Father planning, the Son procuring, and the Spirit applying redemption.”
– J.I. Packer (1926-2020)

“God created us so that the joy He has in Himself might be ours. God doesn’t simply think about Himself or talk to Himself. He enjoys Himself! He celebrates with infinite and eternal intensity the beauty of who He is as Father, Son, and Holy Spirit. And we’ve been created to join the party!”
– Sam Storms (1951- )