You are here: Home1 / Free Resources2 / Articles by Tony Cooke3 / Treasures—Old and New 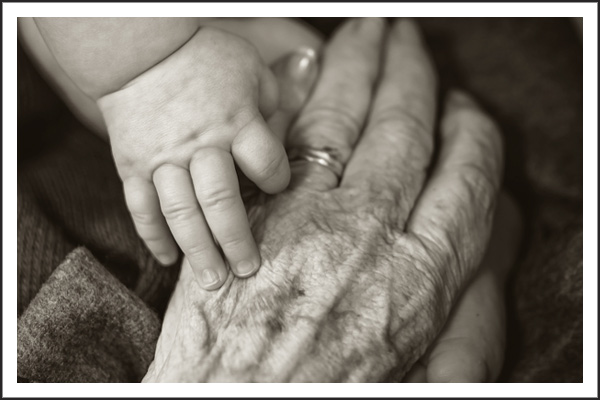 I was attending a church service once, and during the worship time the congregation sang some of the newer worship choruses. This was followed by a seamless transition into one of the beautiful, old hymns of the church. It was a powerful and moving time of worship, and I appreciated the richness of both the new and the old—both were Christ-exalting, and God’s Presence was readily sensed in both.

A few days earlier, I had been studying Matthew 13:52, where Jesus said, “Every teacher of the law who has been instructed about the kingdom of heaven is like the owner of a house who brings out of his storeroom new treasures as well as old.”

The Wuest and the Amplified versions render these:

Jesus was commending those who were able to bridge the gap between their intense training in the traditions of the Old Testament with the freshness of New Testament discipleship. Jesus definitely “rocked their world” with his approach, and the scribes who were not open to a new perspective would have resented the reactions people had to him. Matthew 7:28-29 says, “The people were astonished at his teaching, for he taught them as one having authority, and not as the scribes.”

Yet Jesus did not denounce the scribes (those who were versed in the old) just for being scribes. He communicated that they not only had the potential to draw out of the treasures of the old, but also to embrace and discover the treasures from the new. It could have been challenging and humbling to acknowledge that they did not know it all, and that someone new—someone who did not “fit the mold” or their preconceived ideas—could really have something worthwhile to offer. They did not have to treasure Old Testament truth or love Jesus; they could draw from the old and still find treasure in the new!

By nature, we often tend to be “either-or” oriented. Many of us are inclined to embrace the old and reject the new, or to appreciate the new and discard the old. It can be challenging to recognize value in both the old and the new, to see them as complementary, not as contradictory, and then to integrate them skillfully. I love that phraseology in the Amplified, “treasure that is new and treasure that is old, the fresh as well as the familiar.” If we really take to heart what Jesus said, it will make us more of a “both-and” type of person.

Someone wisely said, “It’s what you learn after you know it all that counts.” One of the traits of successful people is that they are life-long learners. Wise, seasoned, and mature people are grounded in essential truths, but they are also open-minded and eager to learn—they don’t become complacent and think they know it all. Let’s look at three areas where we need to embrace the new and the old.

I am not saying that we need to embrace some supposed new revelation that is contrary to Scripture, or for which there is not solid, scriptural support. But as Jesus indicates, there is treasure in both the Old and the New Testaments. I once heard someone dismiss a statement from Proverbs by saying, “That’s not really important today because that’s in the Old Testament.” The passage under discussion, though, was not some aspect of the Law that had been superseded at Calvary. Rather, it reflected the eternal wisdom of God; it was a timeless truth that transcended all covenants.

Paul acknowledges the enduring value of the Old Testament when he writes, “Whatever things were written before were written for our learning, that we through the patience and comfort of the Scriptures might have hope” (Rom. 15:4), and, “All these things happened to them as examples, and they were written for our admonition, upon whom the ends of the ages have come” (1 Cor. 10:11). There is treasure in the old as well as in the new! It’s not either-or; it’s both-and!

We have seen an explosion of technology and new methods in recent years, both in secular society and in churches. Some can lose their bearings with the advent of so many new things. Geoffrey Chaucer (1342-1400), considered to be the greatest English poet prior to Shakespeare, said: “By nature, men love newfangledness.” This fascination with the “new” was seen clearly in Athens where they “spent their time in nothing else but either to tell or to hear some new thing” (Acts 17:21).

Those who lean toward defending tradition can rightly cite the significance of holding on to core values, maintaining timeless principles, and not jumping on every new fad that comes along. They can cite such verses as, “Do not remove the ancient landmark which your fathers have set” (Pro. 22:28) and “My son, fear the LORD and the king; Do not associate with those given to change” (Pro. 24:21). However, those who favor progress can quote Psalms 55:19: “Because they do not change, therefore they do not fear God.” In addition, they can reference Isaiah 43:19, “I will do a new thing, now it shall spring forth.”

As important as fundamental and unchanging truths are, there are times to change strategies and methodologies. In the 1800’s, the British army faced, for the first time, a crude but effective version of the machine gun. At that time, British soldiers fought in brightly colored uniforms and stood in long, straight lines. In their initial confrontation with the machine gun, 500 British soldiers were killed or seriously injured in minutes. What was the response of the commanding British officer? “Send me 500 more men!” [1] This reminds me a bit of Albert Einstein’s famous line: “Insanity is doing the same thing over and over again and expecting different results.”

If we fail to embrace new strategies, approaches, methods, and expressions when they are appropriate, we may find ourselves stuck in the past and diminishing in effectiveness. One individual said, “Little men with little minds and little imaginations go through life in little ruts, smugly resisting all changes which would jar their little worlds.” Again, we need see treasure that is new and treasure that is old. It’s not either-or; it’s both-and!

I remember the words to a short, little song I learned when I was young: “Make new friends, but keep the old. One is silver and the other’s gold.” We need to put forth effort in maintaining old relationships and in building new ones also. There is great value in both! I am not saying that we should look at relationships merely in a utilitarian way (i.e., for what we can get out of them), but the truth is that God uses our friendships and associations to impart important things into our lives and, sometimes, even to elevate us to new levels.

Isaac Newton said, “If I have seen further it is by standing on the shoulders of giants.” Whose shoulders are you standing on, enabling you to see further? Of course, we can think of many great patriarchs and spiritual fathers who have inspired us (and we should honor and draw all we can from them), but what about also learning from younger people?

I heard of a CEO of a large corporation who makes it mandatory for all of his senior level executives to spend a certain amount of time each week with some of the young individuals in the company—not for the older to mentor the younger, but for the younger to teach the older about all the new technology that has been transforming society and the corporate world.

May God give us the wisdom to find new treasures as well as old when it comes to our lives and ministries—the fresh and the familiar. Of course we need discernment in these matters to do it well, but remember, it’s not either-or; it’s both-and.

[1] This story is from “Strategies for Fast Changing Times,” by Nate Booth (Prima Publishing, 1997).