You are here: Home1 / Free Resources2 / Articles by Tony Cooke3 / It is NOT New! How the Early Church Dealt with Abortion and Infanticid...

It is NOT New! How the Early Church Dealt with Abortion and Infanticide 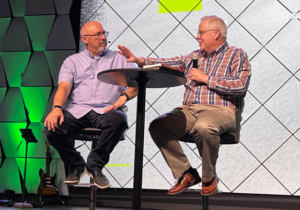 I had the privilege of ministering with and for Pastor Rick Burke at Cedar Point Church in Claremore, Oklahoma. Instead of a normal type of sermon, he interviewed me about the following types of questions: (1) If God is good, why is there evil in the world? (2) Is Jesus the only way to God? What makes him unique? (3) Is the Bible reliable? (4) If I am a Christian, do I need to go to go to church? And (5) If God is good, how could he send people to hell? I really enjoyed that interview format.

One of the issues we discussed days before (which we did not get to cover in the service) pertained to what the Bible says about abortion and if the church has addressed abortion throughout the centuries. I knew some of the related biblical information, but as I looked into the history, I was amazed at the high value early church leaders placed on the lives of the unborn and the newborn.

Early Christian writers spoke both about abortion and the common practice at that time of “abandoning” or “exposing” unwanted infants at birth. In the time of the Roman Empire, it was not uncommon for parents to abandon an unwanted infant in the woods or to leave them along a roadside. Some of these infants would die from the elements or from wild animals. In other cases, these children would be taken and raised to be slaves or prostitutes.

Going back even further, when Moses was born, an edict by Pharaoh had been issued that all the male, Israelite babies were to be murdered. In the Old Testament, God’s people were commanded not to imitate the surrounding nations who sacrificed their children to their gods. Molech worship, in particular, involved the sacrifice of infants, passing them through the fire.

Even when Jesus was born, King Herod infamously had all the male children, under the age of two, around Bethlehem murdered. The ancient world could be very cruel and human life was often considered very cheap.

So how did the early church respond?

Many others in the early church were outspoken about the sanctity of the lives of the preborn, and the horrors of abortion and infanticide.

While these practices were common in the early centuries, the sixth-century Christian Emperor Justinian (482-565) was responsible for a law that became known as “The Justinian Code.”

Those who expose children, possibly hoping they would die, and those who use the potions of the abortionist, are subject to the full penalty of the law—both civil and ecclesiastical—for murder. Should exposure occur, the finder of the child is to see that he is baptized and that he is treated with Christian care and compassion. They may be then adopted… even as we ourselves have been adopted into the kingdom of grace.

Long before any of these atrocities were addressed by Christian government officials, godly people were rescuing children who had been abandoned to die. Augustine (345-430) spoke of these forsaken infants being “picked up by holy virgins and are presented for baptism.” It seems this kind of compassion has continued to the present day. George Barna notes that “Practicing Christians are more than twice as likely to adopt than the general population.”

All throughout history, Christians have been known for their love and their acts of charity. D. James Kennedy noted that it was through Christian influence that

Even Julian the Apostate (331-363), a spiteful Roman Emperor who rejected Christianity, complained that the love of Christians was outshining the negligence and apathy of others in their society. He said:

These impious Galileans (Christians) not only feed their own, but ours also; welcoming them with their agape, they attract them, as children are attracted with cakes… Whilst the pagan priests neglect the poor, the hated Galileans devote themselves to works of charity, and by a display of false compassion have established and given effect to their pernicious errors. Such practice is common among them, and causes contempt for our gods

As Julian was dying, he referred to Jesus and said, “You have conquered, O Galilean.”

The church’s stand for life continued through the Reformation. Commenting on Exodus 21:22, John Calvin (1509-1564) wrote

The fetus, though enclosed in the womb of its mother, is already a human being, and it is almost a monstrous crime to rob it of the life which it has not yet begun to enjoy. If it seems more horrible to kill a man in his own house than in a field, because a man’s house is his place of most secure refuge, it ought surely to be deemed more atrocious to destroy a fetus in the womb before it has come to light.

In more recent times, Mother Teresa of Calcutta pleaded with American leaders in 1994 at the National Prayer Breakfast in Washington D.C.

Please don’t kill the child. I want the child. Please give me the child. I am willing to accept any child who would be aborted, and to give that child to a married couple who will love the child and be loved by the child. From our children’s home in Calcutta alone, we have saved over 3,000 children from abortions. These children have brought such love and joy to their adopting parents and have grown up so full of love and joy!

Better to Light a Candle Than to Curse the Darkness

While researching this information, I thought of Pastors Monte and Peggy Knudsen in Mount Pleasant, Iowa. In addition to pastoring Faith Christian Outreach Church, Peggy is the Founder and Executive Director of the Cradle of Hope Pregnancy Outreach Center. At their home base and their three satellite locations, women can receive pregnancy testing, ultrasounds, prenatal vitamins, on-going pregnancy support, material assistance, parenting classes, and adoption referrals and support if desired. They also offer care and support for women who have had an abortion. They served 1,687 clients last year.

I thank God for the Knudsens and the millions of other believers around the world who have embraced such “targeted” ministries of mercy. The world is absolutely full of people who are hurting and struggling, and who need the love of God expressed to them in tangible ways. When I was visiting Cedar Point Church in Claremore, Pastor Rick shared that they had more than 330 people in attendance at their previous Monday night’s “Recovery” meeting. They are providing a safe place and a healing environment for people dealing with substance abuse, addictions, and other life-controlling issues.

May God help and empower us as we partner with him in his quest to “rescue the perishing,” “heal the brokenhearted,” and “proclaim liberty to the captives” (Proverbs 24:11 MSG; Isaiah 61:1 NKJV).

Earlier in this article, I mentioned knowing some of the biblical information related to the preborn, and here are four verses that I believe speak very powerfully to the value God places on those still in the womb.

13 You made all the delicate, inner parts of my body and knit me together in my mother’s womb. 14 Thank you for making me so wonderfully complex! Your workmanship is marvelous—how well I know it.

5 “I knew you before I formed you in your mother’s womb. Before you were born I set you apart and appointed you as my prophet to the nations.”

44 When I heard your greeting, the baby in my womb jumped for joy.

15 But even before I was born, God chose me and called me by his marvelous grace.