You are here: Home1 / Free Resources2 / Articles by Others3 / The Legacy of Youth Ministry by Dr. Pamela McNeese

Dr. Pamela McNeese received her Master’s in Theology and a Doctorate of Theology & Research from Midwest Seminary. She has served as a teacher, author, community prayer coordinator and part-time Bible college instructor. She has ministered in the local church collectively for more than 30 years, organized youth crusades and outreaches in both the urban and suburbia setting. Her passion is to make Jesus known to this generation through the demonstration of powerful teaching, preaching, and prayer with signs following and to participate in the final awakening of the Church culminating in the harvest, the precious fruit of the earth. She is a graduate of Rhema and ordained through Rhema Ministerial Association International. She currently serves as an associate pastor at Generation Church Metro-East. Pamela’s books can be purchased on Amazon, Barnes Noble, and Christianbook.com. Below is an excerpt from Dr. McNeese’s book, The Legacy of Youth Ministry. 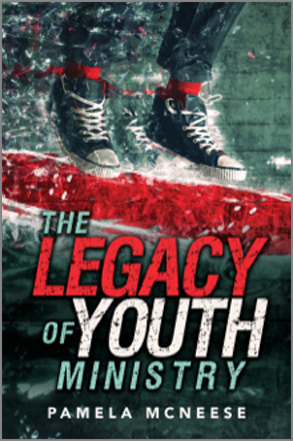 The realization of our Judeo-Christian roots can never be eviscerated, nor the eternal truths that have been provided and made available concerning the revelation knowledge of God to every dispensation.

There is a profound responsibility given to those who would be and will be prevailed upon to share the future as God gave from the beginning to impact every generation.

The idea of gathering children for religious instruction has deep historical roots, as has been evidenced within the Jewish culture. The Hebrew people were considered nomads and the tribal leaders also were included in the role of pedagogy.

History validates that every synagogue was a school and all the children were required to attend the schools on the Sabbath to receive that instruction. The history of formal education in ancient Israel and Judah dates as far back as 1300 BCE. However, the prophet Ezra was accredited with its origination in 459 BCE.

The Jewish culture can be given the credit for educating children, women, and strangers systematically with biblical and social education based on the commandment of God and the Scripture. This divinely authorized premise of Scripture for educating children naturally, socially, and spiritually was given multiple times in several different scriptures, beginning with the commandments given by God to Moses in the book of Deuteronomy 31:11-13.

The people of Israel were commanded by God to gather together on the Sabbath day. The book of Exodus 20:8 states to: “Remember the Sabbath Day by keeping it holy.” Exodus 31:12-13 commanded Moses to speak to the people regarding maintaining the Sabbath as a sign between God and them throughout generations that they would know that He was the Lord that doth sanctify them. The Israelites are to observe the Sabbath, celebrating it for the generations to come “as a lasting covenant.” It was really a prototype that was designed to cause the people to, as I like to say, “make time for God.”

Clearly from God’s instructions to the nation of Israel, formal education, learning, and discipleship is not a “Big Idea” of man but has always been God’s design to lay the foundation for life and reality.

There is a small but concise space of time that parents, guardians, etc., have to make a God imprint on youth. As children begin adolescence and even preschool, due to the time we currently live in, we can limit the ability to guard what is heard. It is paramount that the foundation of God’s Word is planted first in the sponge of their hearts. Communicate to your kids when they are young the first commandment, which is ‘To love the Lord thy God with all your passion and prayer and intelligence” (Matt 22:37-40 MSG). Parents are their children’s first view of God and have been commissioned by Scripture to teach and train their children by precept and example to serve the Lord.

Let’s take a big leap forward to the Sunday School movement. The reason why the Sunday School movement was continually expanding as people were dying off is that the Spirit of God was moving it, to keep it going so that it could touch the world- even the world today. It was moving in order to make sure that the ones who read of these previous events would not forget that children and youth are the future, yet a principal part of what God wants to do NOW. They are the ones that are a part of this generation who are going to witness the coming of the Lord. If the Lord tarries, think of how critical it will be for this generation to be carriers of the baton to the next generation.

We must redeem the times that we live in and use every opportunity to raise a generation that is going to be used by God in a way that none of us that came before them have ever experienced.

Consider these individuals who impacted their world and left a legacy that changed generations to come. Martin Luther adamantly and genuinely desired to share the knowledge he received. He seemed to have the sense that all would be lost if he failed to educate the children and young, which would eliminate and absolve them of scriptural ignorance through true Bible interpretation.

Martin Luther established religious instruction for children and youth on the Sabbath, ensuring that the morality and undeniable treasures of the teachings of Christ would continue to the next generations.

John Wesley’s diary bares his thoughts regarding the establishment of preacher’s and pastor’s ministry to children. He also engineered the pastoral guidelines and helpful suggestions for ministering to the children. Some of the preachers complained, giving the weak excuse of not having a gift for ministering to the children and youth. John Wesley was so adamant in this evangelism endeavor that it is reported he stated that if the preachers could not minister to children, then the validity of their claims to be called Methodist preachers was certainly questionable.

The Methodist Episcopalian churches were responsible for over-fifty years of the Sabbath Schools organizational structure as John Wesley himself became the superintendent of the movement within the Methodist church specifically.

The Sunday School movement expanded here and focused on visitation and instruction of people in their homes. The concern was about the future of generations to come and the determination of the movement to have results that were lasting. They came to the realization that the movement would only last a generation if they did not plan for it to be imparted to future generations. The Bible records examples of generations that “knew not the Lord, nor what He had done.” This is referring to generations that coexist, but one supersedes the other because they have not been taught the history of their past. In modern vernacular, some call this Generation X. The X Generation is simply progeny of people that do not fear God and have not been taught the things of God.

The germination of the seed of the Sabbath Schools continued to grow and proved to be unstoppable around the world. Many great men and women, especially John Wesley, should be accredited with the birth of the Sunday School Movement, particularly in England, but it was purportedly Robert Raikes’ ingenuity and expertise that brought it to the forefront in England that encompassed education and Christian education. Robert Raikes was given the title, “Father of the Sunday School” because he was viewed as the “prophet” of the Sunday School.

God has given us His educational design to not only know Him but also to achieve our fullest potential academically, socially, emotionally, financially, and relationally. We have a profound responsibility given to us to share the future as God gave from the beginning to impact every generation.”