You are here: Home1 / Free Resources2 / Articles by Others3 / Can You Have a Healing Service in Today’s American Church Culture?...

For more than 35 years Wyatt and his wife Debbie have traveled around the world teaching God’s Word and ministering His Healing Power. From 1977, graduating from Rhema Bible Training Center, until 1981, Wyatt worked for and traveled with Kenneth E. Hagin. For 11 years he was solely an itinerate minister. For over 22 years they pastored Grace Christian Church in Greenville, SC, and traveled and ministered in churches, Bible Schools, Pastor/Leadership conferences and hold Miracle Evangelism Outreaches. At this point in ministry, Wyatt is transitioning to answer God’s calling to Healing Ministry and is available to travel and minister. Wyatt speaks from the perspective of a minister who has been an itinerate minister and a long time pastor. For more information, visit www.wyattbrown.org.

Can You Have a Healing Service in Today’s American Church Culture?
Wyatt Brown 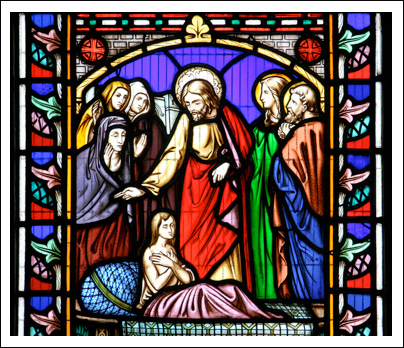 If you know and value the “Why,” then the “What” will come to you.

Many friends and acquaintances of mine pastor and lead wonderful churches with multiple thousands in attendance every weekend. Many come from a similar background to me. The operation of the Holy Spirit and an atmosphere that incorporated healing was part of their experience with knowing God. They personally value God’s healing power and their struggle is to find a way to include that part of God’s plan into their church culture.

Today’s American church culture does not lend itself to having a Healing Service on Sunday service meetings, nor does it lend itself to long, protracted services. But, healing the sick was a large part of Jesus’ ministry and purpose of His redemptive work on the Cross.

This one story will help illustrate what I am speaking of.

Several years ago I was ministering in Virginia as a guest at a large DC area church. At the time, their attendance was around 2,000 in multiple weekend services. A few days before, my wife, Debbie, had experienced a vivid dream and woke up with an urgency from Heaven to tell me. She said, “I have had a dream from God and I must tell you because it has to do with what God has called you to do.”

Debbie dreamed she was going to a big beautiful church building. The building was absolutely perfect in every way. The architecture was stunning. The church had a gorgeous sanctuary with stadium seating with church pews. As she walked in, she noticed there were people from all over the world dressed in all kinds of clothing that represented their country. To her left was a man who had a turban on his head and was wearing a blue tunic. He had black hair and a black beard. As she walked up to the top of the sanctuary, she noticed many families had sick loved ones with them. There were people lying down beside their families on the pews. She took her seat with our family and saw a young teenage girl lying on a stretcher in the pew directly in front of her. This young girl looked like she had been in an explosion. She was severely wounded and had bandages with blood on them. She appeared to be of middle-eastern decent.

The service began with multiple segments, each lasting only about five minutes. There were three teams on stage, each having a part in the well-rehearsed service. Every once in a while they would stop the service for the death toll bell to ring. Each time the bell would ring — dong, dong, dong — the families with the sick and injured would hold their loved one up for them to be taken in death. They were holding the sick up all over the room.

The only hope to end the pain was death. The parents in front of Debbie lifted the girl on the stretcher up when the Death Bell rang. They were disappointed when the young girl didn’t die because she was suffering.

This happened time and again until Debbie couldn’t take it anymore and got up to leave. She was so grieved because they never offered to pray. They only waited to die. The people didn’t know there was any other option.

She went out into the lobby to catch her breath. There were others standing around. Debbie asked them why they don’t pray. The people just shook their heads as if to say, they didn’t know. They were going to walk to the other end of the lobby that led to the church café, so Debbie went too. They sat down at a large booth and talked about the service. Debbie was upset by the hopelessness of people in the sanctuary. Then she woke up.

Debbie told me she knew she had to tell me the dream. She said, “All I know Wyatt, is that you must offer healing wherever you go. You have healing in your hands. People are suffering and have no hope. There is a need.”

A week or so later, as I walked in to the DC area church, it was as my wife had seen in the dream. As I turned down a hallway to head for the sanctuary, there on my right was seated a heavily bearded man in a deep blue tunic and wearing a black turban. The congregation was people from every part of the world.

When I asked permission of the pastor to give an invitation for healing and laying on of hands at the end of the last Sunday morning service, his reply contained this explanation: “We always offer personal prayer at the end of each service. Leaders in our church are gathered at the base of the stage area. Usually about 10 to 15 people will come for prayer. Don’t be disappointed if only a few respond.”

After speaking for 25 minutes concerning the power of God to heal, I gave an invitation for those who would receive the laying on of hands. Over 75% of the congregation came forward. People lined up across the front and then completely around the sides and the back of the sanctuary. The ushers had never been exposed to the power of God moving in such a way that people were unable to stand. People from many different nations lined up to receive God’s power.

After people were ministered to, they would leave the sanctuary and come back with their children to have hands laid upon them. There was a tremendous presence of God and people were hungry to experience the power of God.

After the service finally ended, I will never forget what this loving pastor said to me; “I didn’t know there was a need.” But, there is always a need in the soul and body of man to receive God’s power.

My wonderful friend of many years, Pastor Gerald Brooks, offered his thoughts.

Once a year, on a Wednesday night, he has me come in to conduct a Healing Service at his church. His staff pastors make strategic phone calls in the weeks leading up to the service to every family and every individual they are aware of that has need of healing. That particular service has a narrow focus. It is a service where someone gifted in the area of healing will minister to those with healing needs. The service creates an atmosphere of expectation to receive God’s help, and it creates an atmosphere where the Spirit of God helps people who are in attendance. It is a service where people “feel God.”

This past July, a lady at Gerald’s church told me her story. Three years ago she attended the healing service held there. As a result of two major auto accidents, her mobility was extremely limited and her body was in constant pain. She also suffered from migraine headaches for 15 years. She had lived and coped with her condition long enough, that she didn’t come to the service for herself. She came to stand in the congregation and pray for others that were in need. She described to me the awareness of God’s presence sweeping through her body twice as she stood next to her husband. Later that night, she reached to pick something up and realized that she was able to move in a way that was not possible before. Her first thought was, “That’s really weird.” Over the course of the next 48 hours her body changed, and on Friday morning she announced to her husband, “I think I was healed!” As she finished telling me her miracle, she demonstrated how freely she could move and balance and related that the migraines had ceased at the same time and were no longer a part of her life.

Her story would not have been if her pastor had not placed a value on Jesus’ healing ministry and made a place for it in his church.

As a minister of the Gospel, I have a responsibility to offer to others who Jesus is and what He has made available. One individual who was filled with the Holy Spirit later discovered their close friend had never told them of the Holy Spirit infilling they had experienced. “Why didn’t they tell me? Didn’t they love me enough to let me know?”