You are here: Home1 / Free Resources2 / Articles by Lisa Cooke3 / The Glory of the Unseen Realm by Lisa Cooke

The Glory of the Unseen Realm
Lisa Cooke 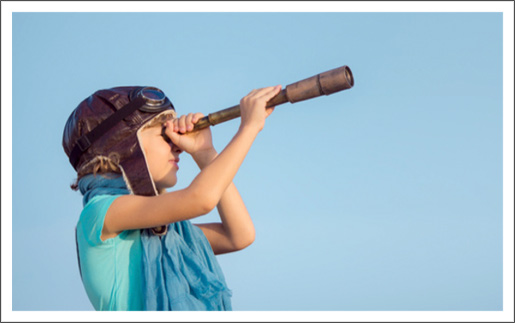 It’s been a battle. The things I was seeing in the natural were frightening and I went to the Lord with my fears and concerns. I would tell myself things like “God’s got this” and “I love living by faith.” I prayed how I knew to pray, praying by faith for His will in the situation by the Spirit.

Things did not change immediately after that in the natural, but what did happen was He began to give me revelation concerning how and where I was to take my place in this battle. I knew there were things that were out of my control, out of my sphere of responsibility, but I also knew that there were things in my control and were my responsibility. I wanted to be faithful and faith-filled in my battle position. Two mornings after His first words to me in the night, I wrote out what I called “My Contention” over the situation, filled with the scriptures that the Holy Spirit quickened to me. To contend is “to strive; to use earnest efforts to obtain, or defend and preserve” (KJV dictionary definition). I staked my claim based on His Word and would often refer to what I had written when my courage began to droop.

A day later, again the Lord spoke to me, this time using a scripture in conjunction with the “I Love” revelation He had given me months earlier (I wrote about this in my December TCM article called “Lacking Nothing”). He said “Start saying ‘I love not looking at the things which are seen, but instead looking at the things which are unseen, because I know those things are eternal’ (2 Corinthians 4:18).” Saying “I love” in front of a scripture has really revolutionized my attitude toward living life as God would have me live it. And now He was encouraging me to focus on the unseen realm, the eternal realm, instead of what I was seeing in the natural or seen realm.

Speaking of Jesus, Isaiah 11:3 says “And he will delight in the fear of the Lord. He will not judge by what he sees with his eyes, or decide by what he hears with his ears…” This verse describes the choice I made after the Lord spoke to me. It was the way I would decide to live the rest of my life, through every season of my life.

Colossians 3:2 tells us to “Set your minds on things that are above, not on things that are on earth.” With the help of the Holy Spirit, I was beginning to see things as God saw them. I asked Him how to see the unseen realm and He directed me back to His revealed Word in the Bible as the starting place. His Word actually describes the unseen realm, which is why it is so important for us to know His Word well.

It seemed as though the eyes of my understanding began to be enlightened. When this happens, I find it hard to describe in words just how real His presence becomes to me. With the understanding comes an increased sense of His presence. Verses from the Bible began to come to me that were applicable to my situation and I would write them out and say them out loud and fix my attention on them instead of contemplating what I was seeing in the natural. I began to see God’s Word as more real than anything else. Faith began to fill my heart through the meditations and a very deep peace followed the faith.

But things in the natural did not get better, in fact, more challenges came my way. There was an unusual stretch of about 4 weeks in which many things happened, both to myself and to family members. I even had my backpack stolen in CA while on a trip with Tony that contained my laptop, iPad, and other very important items. With each “hit” I kept what the Lord had spoken to me in the very beginning in the forefront of my thoughts and would refocus my eyes on the unseen realm every time the seen realm fought for my attention.

It is wise to be aware that the things which are seen can sometimes be a lie of the enemy. He will often use circumstances and things that happen in life to try to prove to you that God isn’t faithful, that you aren’t cared for or protected, that God isn’t good. When the tests and trials of life came to buffet me in a very short amount of time, I had a choice about which realm I was going to focus my attention on. It took a lot of perseverance and even a sense of humor to come through that season of battering, but what God said to me was true. I had everything I needed. Just as Elisha’s servant was able to see the unseen realm and behold the angels of God surrounding them, we also can see into that realm and behold the provisions of God for our lives.

Lord, help us to trust in You with all of our hearts. Help us not to lean on our own understanding of what is happening around us, but to look into what we call the unseen realm of Your Spirit to focus on what is really real. We want to honor You with our faith and worship You with our confidence in all You have spoken to us. We take great delight in calling those things which be not as though they were for this is a great privilege we have as Your children. Our strength in battle comes from the joy of experiencing Your faithfulness throughout our lives, and our hope will always be anchored in Your deep love for us.