The following article is adapted from my book, Through the Storms: Help from Heaven When All Hell Breaks Loose. You can order this book here or by calling (918) 645-9120. You can read Part 1 by clicking here. 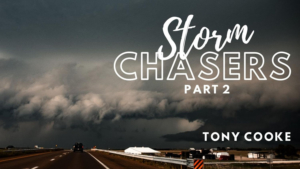 In the Book of Job, the central figure of this book had experienced massive loss in his life. His ten children had died, his financial empire had collapsed, many of his employees had died, and his health failed. In the midst of this, his wife’s only recorded suggestion was to tell him to “curse God and die” (Job 2:9).

In the midst of Job’s intense and agonizing suffering, he made the following statement:

JOB 19:13-14, 17-19 (NLT)
“My relatives stay far away,and my friends have turned against me.
My family is gone, and my close friends have forgotten me.
My breath is repulsive to my wife. I am rejected by my own family. Even young children despise me.
“When I stand to speak, they turn their backs on me.
My close friends detest me. Those I loved have turned against me.”

What isolation Job was experiencing! How tragic that on top of all of the other tragedies in his life, he also felt such intense loneliness and isolation. Suffering immensely on his own, Job needed a friend to comfort him. Instead of many people surrounding Job to help him get back up, Job was surrounded by three men who seemed to do nothing but kick Job while he was down and pour salt in his wounds. I want to study these men and learn from their mistakes and discover what storm chasers ought not to do.

At first, those who went to Job seemed to have good intentions, and they appeared to start out well in providing support and comfort to him.

JOB 2:11-13
“Now when Job’s three friends heard of all this adversity that had come upon him, each one came from his own place—Eliphaz the Temanite, Bildad the Shuhite, and Zophar the Naamathite. For they had made an appointment together to come and mourn with him, and to comfort him. And when they raised their eyes from afar, and did not recognize him, they lifted their voices and wept; and each one tore his robe and sprinkled dust on his head toward heaven. So they sat down with him on the ground seven days and seven nights, and no one spoke a word to him, for they saw that his grief was very great.”

In the presence of overwhelming grief, there are times when “the ministry of presence” is the most comforting thing. Giving comfort is not found in offering platitudes or clichés, but in just being with the person who is in pain. In this regard, Job’s three friends did a good job in the first part of their time as storm chasers.

Afterward, Job began to erupt in complaints, expressing not only his deep pain, but also his profound misperceptions of God. Job saw God as sadistic, cruel, unjust, adversarial, and aloof. He perceived God as taking great delight in torturing and tormenting him. When God confronted Job and gave Job more insight into His true nature, Job replied, “I’m speechless, in awe—words fail me. I should never have opened my mouth! I’ve talked too much, way too much. I’m ready to shut up and listen” (Job 40:3-4 MSG). Job also said, “I was talking about things I knew nothing about, things far too wonderful for me…I take back everything I said, and I sit in dust and ashes to show my repentance” (Job 42:3, 6 NLT).

When Job was making some of his erroneous statements, his three so-called friends, the storm chasers, attacked him with great harshness. They said that God was punishing him because of his wickedness, and that God wasn’t even punishing him as much as he deserved. Late in the book, Job gets angry: “…against his three friends his wrath was aroused, because they had found no answer, and yet had condemned Job” (32:3). God Himself spoke to the three toxic storm chasers and said, “…you have not spoken of Me what is right…” (Job 42:7).

The Bible says that we are supposed to speak the truth to one another in love (Ephesians 4:15). The condemning, accusatory statements that Job’s three “friends” made to him were neither true nor loving. Instead of helping Job, they made the whole situation harder for him. Job lashed out at his friends, reacting harshly to their remarks with some caustic words of his own.

JOB 13:4-5 (NLT)
As for you, you smear me with lies. As physicians, you are worthless quacks. If only you could be silent! That’s the wisest thing you could do.

JOB 16:2
I have heard many such things; Miserable comforters are you all!

Job really didn’t appreciate the “comfort” he received from his storm-chasing friends. As a matter of fact, part of God’s restoration plan for Job included having Job pray for these men who had added so much insult to Job’s injuries. Job 42:10 says, “When Job prayed for his friends, the Lord restored his fortunes. In fact, the Lord gave him twice as much as before” (NLT).

If you’re going to be a storm chaser, make sure that you’re a blessing, help, and encouragement to those to whom you minister. Lift people; don’t put them down! Follow Paul’s advice and “Rejoice with those who rejoice, and weep with those who weep” (Romans 12:15).

God intended that we find support, encouragement, and help in our relationships with other believers. Earlier in this chapter, we looked at three times Paul was encouraged and helped by others, but let’s look at one more.

ACTS 14:19-20 (ISV)
“They stoned Paul and dragged him out of the town, thinking he was dead. But the disciples formed a circle around him, and he got back up and went back to town.”

I love that image! When Paul had been pummeled by rocks and left for dead, his fellow believers “formed a circle around him.” I feel sure they were praying for Paul, and the results seem to be nothing short of miraculous! Other translations of verse 20 say “the believers gathered around him” (NLT) and “the disciples surrounded him” (HCSB).

In similar fashion, when Peter and John were released from prison, “they went to their own company” (Acts 4:23, KJV). Other translations say that Peter and John

•“went to their own companions” (NKJV ).

I pray that you are a part of a good church and that you have strong relationships with other believers. We need friends in good times, but if you ever face a significant crisis, you will need companions and friends—people who can form a circle around you, gather around you with kindness, and surround you with support. There will also be times when you need to be part of a circle of support for others.

Conducting a Funeral for an Unsaved Person
Scroll to top