You are here: Home1 / Free Resources2 / Articles by Tony Cooke3 / Stay Put (Even When You Feel Like Running)

Stay Put (Even When You Feel Like Running)
Tony Cooke 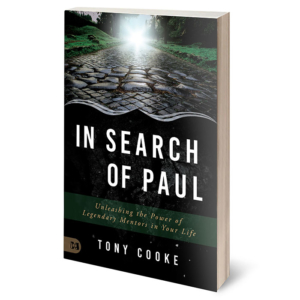 The following is an excerpt from my book, In Search of Paul: Unleashing the Power of Legendary Mentors in Your Life.

“The grass is always greener on the other side.” At least that’s the message of the old adage. Timothy probably noticed many lush fields (elsewhere) while he was serving Paul. We can experience a strong pull to think that someone else has it better, has a more exciting life, has better circumstances, etc. The constant appeal of a better “somewhere else” means that believers and ministers must sometimes exercise diligence and maturity to stay where they are. Focus and patience are required to cultivate the good where one, is instead of daydreaming about where one is not.

The ability to stay put in the midst of trying circumstances—to not turn tail and run—is one of the traits that will serve believers and ministers well. Adversity and fear are two factors that can cause an individual to want to relocate, but not the only ones. Disappointment from unrealistic expectations or simple impatience can also create an urge to leave and go elsewhere. We don’t want to be impulsive and erratic—constantly leaving places before we should.

There are right times and right reasons to make transitions, but too often, people leave prematurely and for wrong reasons. This brings us to Paul’s admonition for Timothy to stay at his post in Ephesus. When the apostle left the leading city of Asia Minor after the massive riot described in Acts 19, he was very fortunate to be getting out alive. The atmosphere of Ephesus was like an angry hornet’s nest, and yet years later, Timothy was assigned to be Paul’s representative there. His full statement to Timothy was, “When I left for Macedonia, I urged you to stay there in Ephesus and stop those whose teaching is contrary to the truth” (1 Timothy 1:3 NLT).

If staying put is challenging to you right now, consider the following statements by great spiritual leaders of yesteryear:

D.L. Moody: “The fiercest attacks are made on the strongest forts, and the fiercer the battle the young believer is called on to wage, the surer evidence it is of the work of the Holy Spirit in his heart. God will not desert him in his time of need, any more than He deserted His people of old when they were hard pressed by their foes.”

Charles Spurgeon: “Between this and heaven there may be rougher weather yet, but it is all provided for by our covenant Head. In nothing let us be turned aside from the path which the divine call has urged us to pursue. Come fair or come foul, the pulpit is our watch-tower, and the ministry our warfare; be it ours, when we cannot see the face of our God, to trust under THE SHADOW OF HIS WINGS.”

“A gentleman who wants an easy life should never think of occupying the Christian pulpit, he is out of place there, and when he gets there the only advice I can give him is to get out of it as soon as possible.”

William Barclay: “Endurance is not just the ability to bear a hard thing, but to turn it into glory.”

Donald Gee: “The hireling flees, looks after his own skin, secures his own comfort, and cares not that the sheep may be ‘scattered,’ and perhaps worse.

Oswald Sanders: “Most Bible characters met with failure and survived. Even when the failure was immense, those that found leadership again refused to lie in the dust and bemoan their tragedy.”

John Stott: “You will notice Paul begins, ‘But as for you.’ This expression is found several times in both 1 and 2 Timothy. It indicates that Timothy was called to be different, as we are called to be different from the world around us: different from the prevailing culture. Timothy was not to drift with the stream… He was not to bend before the pressure of public opinion. He was not to be like a reed shaken with the wind. No, he must take his stand firmly for Jesus Christ, not like a reed, but like a rock in a mountain stream. For he was a man of God…”