Lisa and I arrived in Indianapolis yesterday to visit family in the area. As we came into town, Lisa and I drove to a cemetery on the east side of Indianapolis to visit the grave of Maria Woodworth-Etter, a noted evangelist who lived from 1844-1924. She is buried next to her daughter and son-in-law. She is often referred to as “the Grandmother of the Pentecostal Movement.” 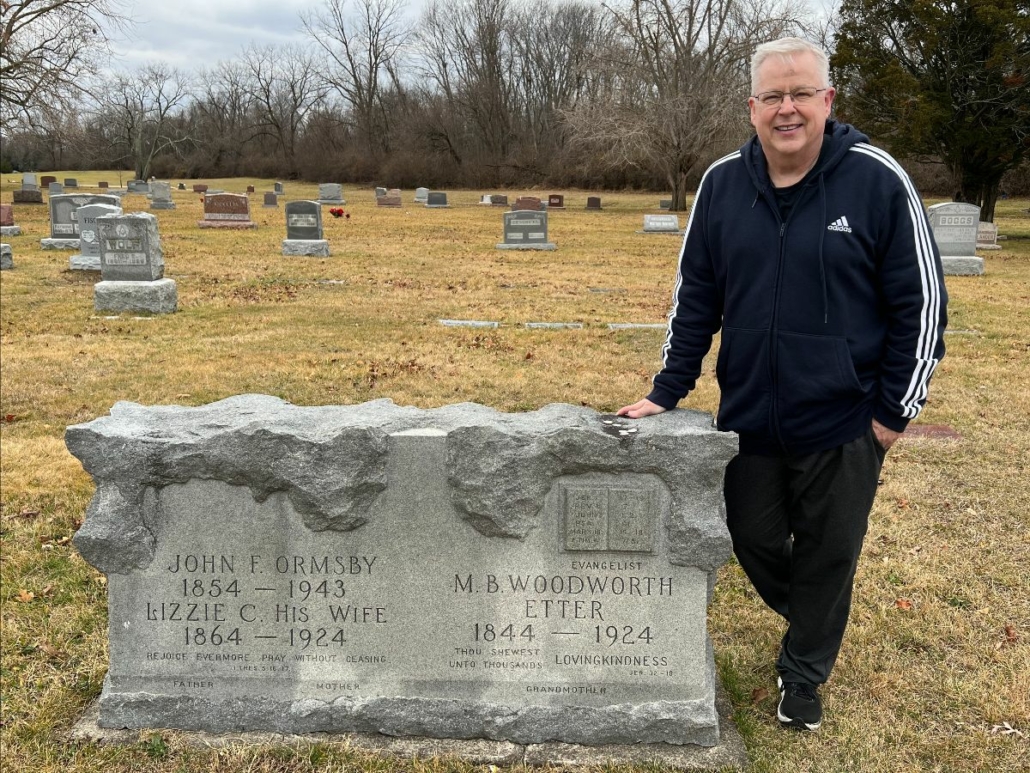 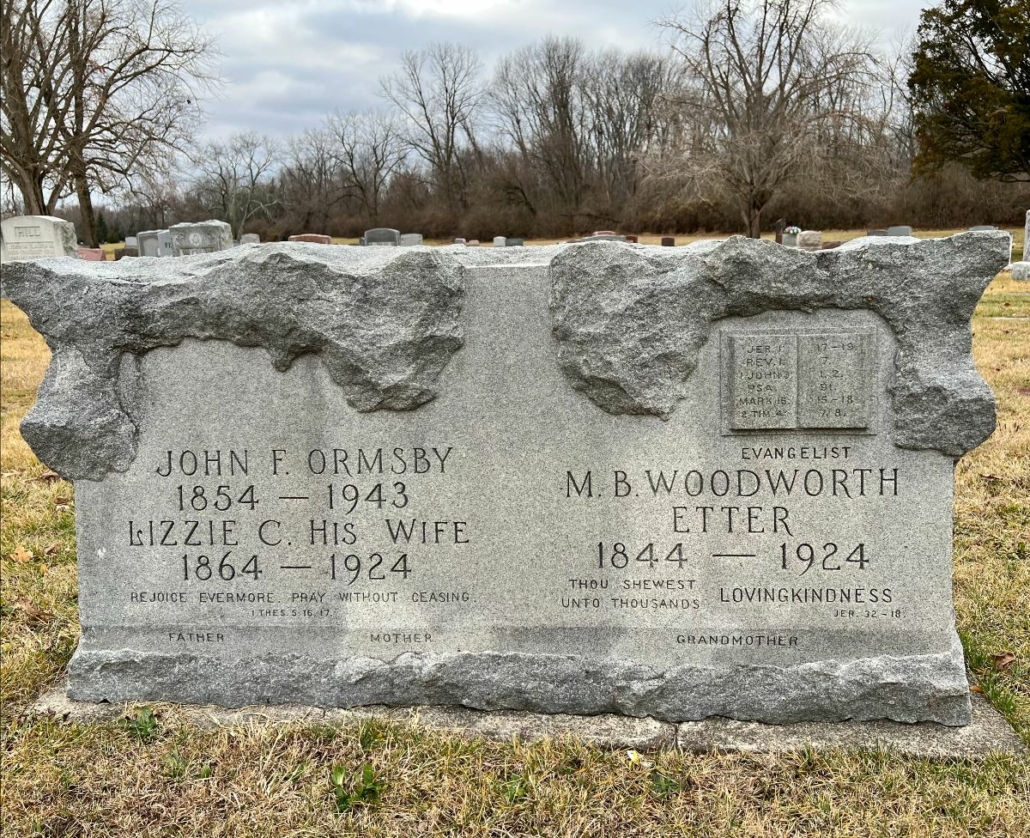 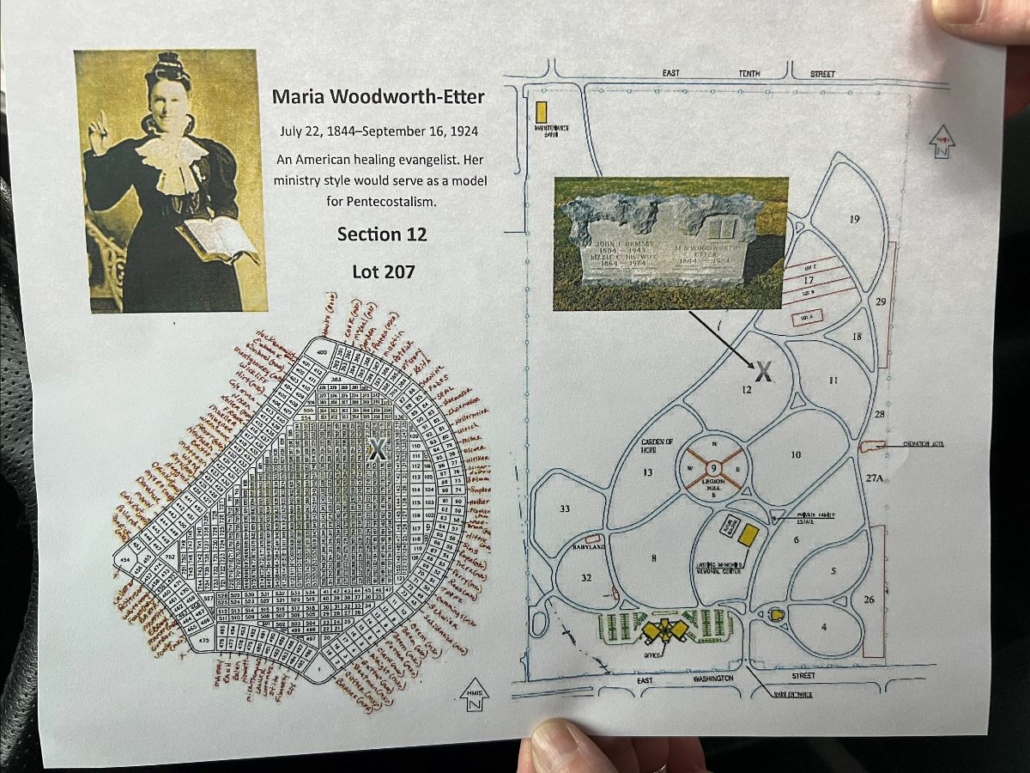 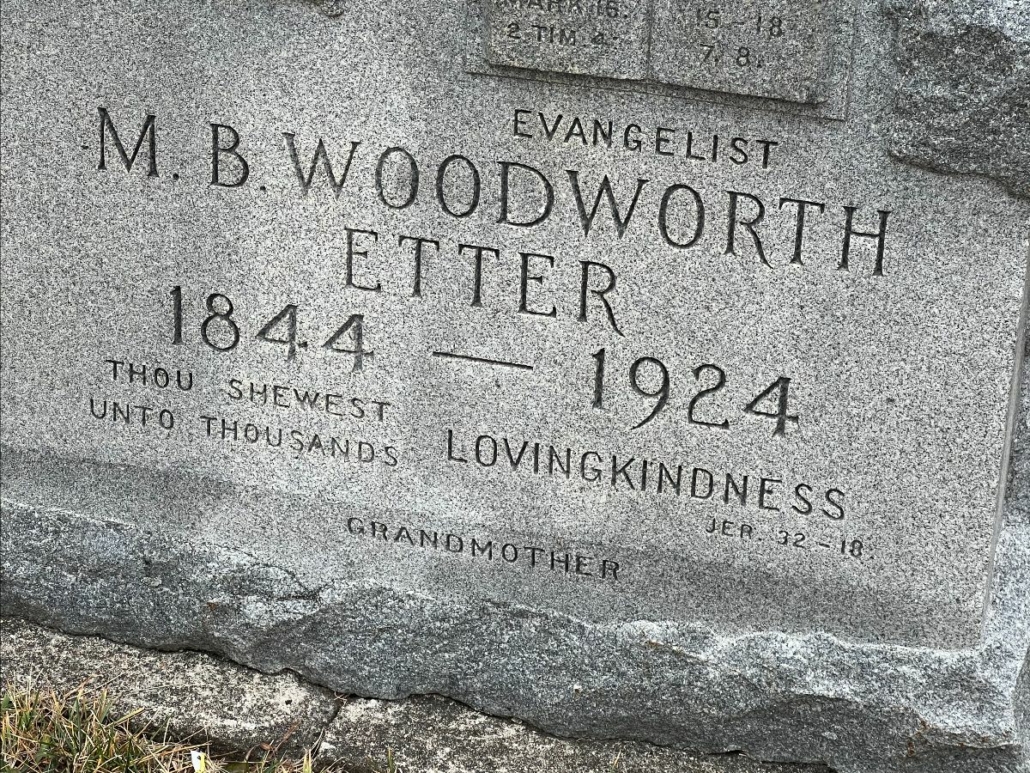 One author noted, “Woodworth-Etter became one of the best known Pentecostal evangelists at the turn of the century, and her ministry made it more possible for later woman preachers and healers, like Aimee Semple McPherson and Kathryn Kuhlman, to minister publicly.”[1] For an overview of her ministry, click here.

While Maria is mostly known for her traveling ministry, in 1918, at the age of 74, she planted a church in Indianapolis that began with a five-hundred-seat “tabernacle.” This was the very church I attended when I was a student at Butler University in the late 70’s. I had no idea at that time of the church’s connection to Maria Woodworth-Etter, or who she even was. That work is known today as Lakeview Church.

An article states that she started the church “with the goal of providing a national healing ministry and revival center centrally located in the crossroads of America.” Further, “Despite being criticized for welcoming African-Americans, Native Americans, and other sometimes-unwelcome minority populations at the time, Woodworth-Etter wanted the church to be a voice for minorities and the marginalized.”[2]

Here are some great quotes from Maria Woodworth-Etter:

“I was very timid and bound as with chains in a man-fearing spirit. When I arose to testify, I trembled like a leaf, and began to make excuses – O God, send someone else!”

“I heard the voice of Jesus calling me to go out in the highways and hedges and gather in the lost sheep.”

“I asked him to qualify me.”

“Still I made one excuse after another, and Jesus would answer, ‘Go, and I will be with you’… Then Jesus said again, ‘Go, and I will be with you.’ I cried, ‘Lord, I will go. Where shall I go?’ And Jesus said, ‘Go here, go there, wherever souls are perishing.’ Praise the Lord for his wonderful goodness in revealing his word and will in such a wonderful way, to such a poor weak worm of the dust. I saw more in that vision than I could have learned in years of hard study. Praise His Holy Name. I saw that I must not depend on anything that I could do, but to look to Him for strength and wisdom.”

“I find that the earnest followers of Christ have very little rest here. Like our Master, we must be about our Father’s business.”

“Paul says preaching has to be with demonstration of the Spirit and of power. The Holy Ghost bears witness with signs and miracles; unless these attend our ministry, we cannot succeed.”