You are here: Home1 / Free Resources2 / Articles by Others3 / A Practical, Functional Salvation: Not Just Two Events by Rodney Lloyd

God’s cry for the nations resounds in the hearts of Rodney and Nita Lloyd. They have been in ministry together since 1974, having planted and overseen churches in the United States and ministered to churches and Bible Schools in the USA and various African nations. They are both graduates of RHEMA Bible Training Center in Broken Arrow, OK where Rodney was also an instructor for 3 years. Their Kingdom message stirs hearts to faith and obedience.

They have recently changed their base from South Africa to Detroit, MI where they have joined the ministry team of Border City Church that was launched by their son-in-law and daughter in January 2017. They will continue to work into the African nations of South Africa, the Democratic Republic of the Congo (DRC) and Rwanda as well as in the USA, equipping church leaders and followers of Jesus. Nita’s ministry to women through the years has yielded godliness in those she’s influenced. She is also bringing to freedom in Christ women who are victims of sexual violence in the DRC.

They can be reached here: 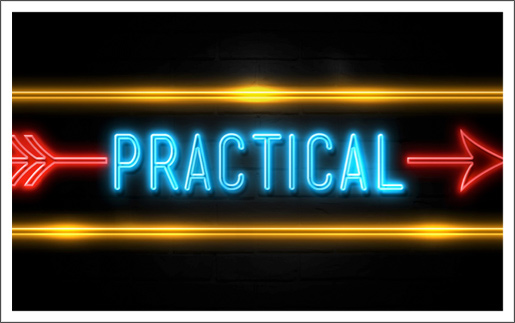 Often, the way in which a matter is presented can yield a wrong mindset about a right thing. Many “Christians” see Christianity as primarily two events:

This paradigm has developed, partly because of the way “being a Christian” has been presented by pastors and other church leaders. The tendency has been to ONLY appeal to people to “be saved” so they can go to heaven and not go to hell when they die. I am not saying these are not hugely significant reasons to be born again, nor that they should not be mentioned. But if we ONLY frame “being saved” in this context, then here’s the fruit:

If being a Christian only means to be born again and then to go be with the Lord when we leave earth, then this means that my new life in Christ since December 1971 has been a waste. It would’ve been better to have died the day I received Jesus! And pastors, if there is nothing more to being a Christian that the new birth and going to heaven, I suggest we incorporate pistols into the altar ministry and blow people away after they pray the sinner’s prayer! Let’s help them get on to what God saved them for! I certainly jest. But being blown away would be better than wasting however many years we have between regeneration and physical death.

New life in Christ isn’t ONLY about “finding Christ” and living in eternity with Him.

Romans 6:4
Therefore we were buried with Him through baptism into death, that just as Christ was raised from the dead by the glory of the Father, even so we also should walk in newness of life.

After death to the old life and the beginning of the new life we have in Christ, we are to walk (live and behave) in this new life in the new way that comes from the Holy Spirit:

Galatians 5:16 ESV
But I say, walk by the Spirit, and you will not gratify the desires of the flesh.

More than anything else Christianity is about the Father and His family – God and His people, the church, and the richness of the life He has given us – love, joy, peace, patience, forgiveness, etc. It is about the omnipotent God and His unfailing, unflagging love, who worked for millennia to win back the height of His creation – humans. It is about Him through the sacrifice of Jesus bringing us into a purposeful life of destiny. It is about being raised up as sons and daughters, equipped to do God’s work (Ephesians 4:12 NLT). It is about the God-given mission the church has of being the vehicle of His kingdom to fulfill His Great Commission of making disciples of all the nations (people groups). We are carriers of His kingdom (His loving rule and dominion), even to the ends of the earth to influence others as His witnesses (Acts 1:6-8) through good works (Ephesians 2:8-10), being living sacrifices for Him (Romans 12:1,2). We are His instruments to be salt and light that others may know Him (Matthew 5:13-16).