You are here: Home1 / Free Resources2 / Articles by Others3 / The Role of Tongues in the Local Church by Keith Trump

The Role of Tongues in the Local Church

Learn about Keith at https://trumpofgod.org/who-is-keith-trump 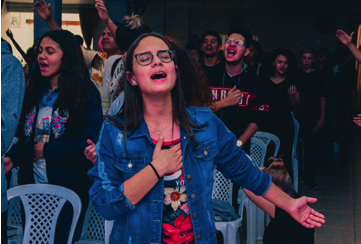 There has always existed, within the framework of church history, two extreme views regarding the role of tongues in public worship services. Unfortunately, in both their theological positions and practice, churches have tended to swing to either one extreme or the other. My assessment on the matter comes from over three decades of ministry in the capacities of a church planter, pastor, and teacher of biblical languages.

Overall, I’ve noticed churches either joyously swallowing the camel or meticulously straining the gnat. Some view any sense of order in a service, not as scriptural instruction designed to maximize the effectiveness of genuine manifestations, but instead as shackles constructed by high-minded theologians. In response, they relentlessly carry what they perceive as the moving of God’s Spirit to a degree bordering on ridicule. An unnecessary dichotomy between spontaneity and structure comprises the stage whereupon they transact the particulars of their worship services.

In response to such excess, other church leaders have created sterile environments controlled by minutely programming every detail of each service. While on paper they relentlessly hold to Spirt-filled doctrine, in practice they have long ago, in the name of “order,” abandoned any opportunities for the Spirit to manifest in power. One word consistently and accurately describes such church services: predictable. If their services were a written book, what remains after the opening chapter would prove so boring that, from that point onward, the remaining pages could be left blank to save on costs.

Nevertheless, Scripture continues to speak clearly regarding the role of spiritual manifestations in church services. Thankfully, Paul’s words in 1 Corinthians 14 remain both untethered from the traffic and tempest that have sprung up in pop-Christianity and untouched by the crosscurrents of dogmas and presumptions cluttering historic centuries. Regarding the spiritual gifts in general, Paul contends that they ought to consistently be in operation when believers gather. Churches should never seek to “quench” the Spirit in the name of decorum. Instead, they should, in the name of Jesus, open wide the faucet of grace and let the Spirit flow.

In God’s design, structure and free flowing life function in concert toward the same end. For example, in the natural realm, immensely fine-tuned and highly structured DNA strands make up the living, breathing, moving bodies of humanity. The choice of either structure or spontaneity springs from a patently false dilemma. Instead, the Word holds forth the beautiful and unstoppable interplay of both aspects of God’s character. The same principle reveals itself regarding the principles of unity and diversity. Paul employs the metaphor of the human body to assert that believers display a nearly infinite diversity of gifts that only work when unified in the overall body.

Today’s church needs neither a more constricting order of service nor a license for gauging spirituality according to ever increasing levels of outward demonstrativeness. While a detailed discussion of each of the nine gifts of the Spirit remains beyond the scope of this article, we will look carefully at the particular role of tongues in the context of a church service.

In 1 Corinthians 14, Paul both commends and correct the church in Corinth. He commends them for zealously operating in the gift of tongues and interpretation of tongues. He corrects them for doing so with zero sense of structure. In the heart of his discussion, Paul warns them that “if unbelievers or people who don’t understand such things come into your church and hear everyone speaking in tongues, they will say to themselves, ‘you all are mad [crazy].’” Some, while fully embracing the reality of the gift of tongues, take this as an admonition to never, unless there is an interpretation, permit speaking in tongues during a church gathering. Is this true?  Should a church, when assembled, silence any expression of tongues sans an interpretation?

In order to accurately answer the question asked above, one needs to first understand the central purpose of the expression of tongues found in 1 Corinthians 14. Here, Paul expounds upon the gift of tongues wherein one speaks a message from God to the congregation. In other words, God speaks to the church via a language not known to those present. In this case, such a message without an interpretation in the known language of those present does not benefit the church. When I preach in churches in overseas, someone interprets my words while I speak. If this didn’t happen, only I would benefit from the preaching.

If I preach without an interpreter, why would anyone invite others to the church?  Those new to the church could justly call my ministry “foolishness.” They must understand the language in order to truly benefit. Thus, it proves true that, in a church service, people should not speak messages from God to the congregation in tongues without a corresponding interpretation. One could certainly see why Paul calls this nearly pointless exercise “madness.”

Outside the setting of 1 Corinthians 14, yet within the heart of the New Testament, lives other kinds of expressions of tongues. These manifestations of tongues concern believers speaking, not for God to others, but directly to God. When this happens, an interpretation would prove comprehensively redundant. This glaringly obvious reason why:  regardless of the language spoken, God understands what the speaker says.

While visiting Greece, native Athenians can tell I’m an American. It’s not uncommon for them to translate Greek inscriptions into English for my benefit. When this happens, I respond by saying, “there’s no need to interpret the language for me; I understand Greek.” For the interpreter to continue would prove utterly pointless. When pastors allow the Holy Spirit to lead the service He, as a master conductor, guides those present like a peerless symphony. In fact, the New Testament uses the Greek term symphoneo, from which the English word “symphony” emerges.

In Ephesians 5:19, Paul reveals the means of staying filled to overflowing with the Spirit when he exhorts his audience to “sing psalms, hymns, and spiritual songs.” “Psalms” (psalmos) refers to the Old Testament song book of Israel: the canonical Book of Psalms. “Hymns” (hymnos) connotes songs previously sung, written down, and sung time and again. “Spiritual songs” (pneumatikos ode) means “songs sung spontaneously after yielding to and being carried along by the Spirit.” In other words, singing “in the Spirit.” When, in the course of the Spirit orchestrating a service, He calls for singing in the Spirit, the congregation should respond in kind.

When this occurs, there need not be any interpretation. God knows full well the language of those worshipping him in tongues. Furthermore, what occurs does not fit into the “out of order” designation. Instead, it flows directly in line with what God desires. Like singing in the Spirit, the Lord sometimes spontaneously calls a church to, in unison, pray in the Spirit. This serves as another example wherein any interpretation proves pointless. An understanding of these different expressions of tongues replaces chaotic expressions pointing to self with a unified move to edify the Body. Any “madness” moves out and into its place steps a clarity of focus pointing to Jesus.