You are here: Home1 / Free Resources2 / Articles by Others3 / Listen and Live by Edwin Anderson

Rev. and Mrs. Edwin Anderson are native Floridians, having been born and raised in Jacksonville and Newberry. They were married in 1970 and have two sons, four grandsons and one granddaughter. Pastor Edwin graduated from RHEMA Bible Training Center in 1980 and was ordained by the late Rev. Kenneth E. Hagin in 1985. Pastor Angela was ordained in 2001. In 1980 they founded Faith Christian Fellowship in High Springs, which later became Impact Family Church. Together they served as District Directors of RHEMA Ministerial Association International, the licensing and ordaining arm of Kenneth Hagin Ministries, from 1989 to 1994, and as Regional Directors from 1994 to 2004. 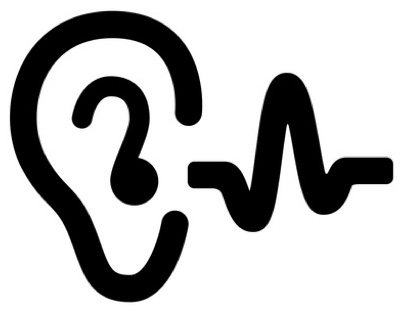 The last few days of February and the first few days of March, 2015, found me shredding the slopes of Vail Mountain in Colorado. For the past few years, my wife and I have spent a week with our oldest son, his wife, and their two boys skiing somewhere in the Rockies. We have skied in Colorado, Utah, British Columbia and Alberta, Canada. After a hiatus of 13 years, I was looking forward to returning to Vail. The storied Back Bowls were beckoning my return.

In December of 2014, I had sensed the Holy Spirit prompting me that I should get a cardio checkup. I have a fairly strong family history of heart disease. My mom had a heart attack in her sixties, one sister had a heart attack in her sixties, my brother had a heart attack in his mid-forties, eventually resulting in a heart transplant, and my little sister had died of an unexplained cardiac arrest when she was only 14. My father died in an accident at age 42 when I was only 11 years old, so I don’t know if he also had heart disease lurking in his future, but several of his brothers and sisters have had coronary issues. It was just after I turned 62 that the Lord began dealing with me about having my heart checked.

As you probably know, it takes a little time to get these things done. I went to my primary care doctor in December for a referral to a cardiologist. Somehow, I knew in my spirit that I needed a heart catheterization, but I also knew it would be no easy task talking a cardiologist into such an invasive and risky test without some clinical evidence that I needed it.

An appointment was made for me to visit the cardiologist in January. He examined me, including running the customary EKG, which showed nothing wrong. I explained that I wasn’t a smoker, kept a fairly active lifestyle, ate a not-too-incriminating diet, and kept my hypertension under control. Though a little overweight, I was not obese. Even after the recital of my remarkable family history, he concluded that it was unlikely that I had any cause for concern, but that he would nonetheless order a stress test. I asked about the possibility of getting a heart cath, but he explained that it was unwarranted unless the stress test showed some problem. The stress test was scheduled for the week before I was to go skiing. But one week before I was to have the test, his office called and, due to an office staffing conflict, postponed the test for the week after I was to return from skiing.

I was not in any way alarmed about the condition of my heart, but I did have a persistent sense that I needed to get it checked out. I thought perhaps I had some minor plaque build-up in my coronary arteries that I would need to monitor and put my faith on.

So vacation time came, and I was totally stoked at the prospect of carving up the fresh powder that had fallen, and with more snow scheduled for the week. The first day out though, I found myself getting very tired, very easily. Anyone who lives basically at sea level, as I do in Florida, will have some shortness of breath when jumping off a ski lift at 11,300 feet, so I really didn’t give that any particular thought. The mornings were fairly routine. According to my grandson’s iPhone, we were blazing downhill at speeds of up to 50 mph! But by noon, I was completely spent! I couldn’t keep up. The rest of the family would ski off and leave me. We communicate via two-way radios when we ski, but if we get too far away from one another, it is easy to lose the two-way communication. I could hear my grandsons saying, “Where’s PawPaw?” “Come in PawPaw.” “PawPaw, can you hear me?” I could hear them asking one another if anyone knew where I was, but I was too far out of range for them to hear my response. I would eventually make my way down to them as they waited.

The second morning, I told my son, Steve, “I’m sorry, but I can’t go out today. I don’t have the energy.” I had never missed a day skiing before, but I knew I needed to rest and try to recover my strength.

The rest of the week I went out every day, but by early afternoon, my energy was gone, and I would go in early. I never once thought there might be something wrong with my heart. I thought I was just terribly out of shape, and so I vowed to get back into a rigorous exercise program when I returned home.

The day after we got home, I started having very mild chest pains. By nightfall, my left arm started feeling like the circulation was being slightly cut off. When the symptoms returned the next morning, I decided to go to the EMT station down the road from the church. An EKG showed some irregularity on the front of my heart, so they suggested I allow them to take me to the hospital.

The cardiologist who was on call in the ER looked at my EKG, my blood work, which showed a slight enzyme elevation, and listened to my story, but said he did not think my symptoms were heart-related. Nevertheless, since I was there, and just to make sure, he ordered the heart catheterization. “Praise God,” I said, “That’s what I wanted all along!”

To the cardiologist’s complete surprise, the catheterization showed my LAD to be 99% blocked. My Circumflex Artery and my RCA were both 80% blocked. The doctor said I was “hanging on by a thread.” He put three stents into my LAD that afternoon, and three days later, three more stents into the remaining two arteries. No one at the hospital could explain why I had not suffered a massive heart attack while skiing in Colorado. Even my primary care doctor, who at best is an agnostic, if not a complete atheist, said it was a “miracle” that I survived. When it was all said and done, my cardiologist says there was no damage whatsoever to my heart!

It pays to listen to the promptings of the Holy Spirit! I simply had a witness in my spirit that I needed to have my heart checked. It was not an “alarming” witness. It was, nevertheless, a persistent sense that I needed to get this done. Even though I was not successful in getting the test before I went skiing, I was at least doing my best to get it done.

What if I had been spiritually insensitive; or worse, if I had simply ignored that gentle, quiet leading of the Holy Spirit? Could God still have protected me like He did, in spite of my dullness or willful disobedience? I don’t know the answer for sure. But I believe listening and acting on the leading of the Holy Spirit, through the simple inward witness, probably saved my life.

Praise the Lord, for His mercy endures forever!

The last few days of February and the first few days of March, 2015, found me shredding the slopes of Vail Mountain in Colorado. For the past few years, my wife and I have spent a week with our oldest son, his wife, and their two boys skiing somewhere in the Rockies.