The Place He Chooses
Lisa Cooke 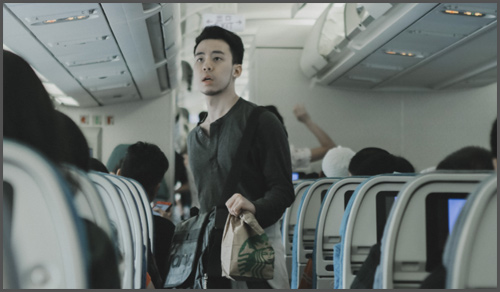 When I read that, it seemed like that phrase just kept rolling around on the inside of me. I immediately thought of a recent instance where I know for a fact, that God had chosen a place for His name to be honored.

As I was flying back from Dallas last week to Tulsa, I noticed a young man, probably in his mid-twenties, in the gate area just before boarding. From the way he was dressed, his dreadlocks, and overall demeanor made me wonder if he was a musician. Out of all the people there waiting, he is the one who caught my attention. They called for boarding to start and I got to my seat. It looked like the middle seat next to me was going to be empty, but toward the end, this very same guy came on and sat beside me. We did not speak to each other for the next 45 minutes while our plane just sat at the gate with no explanation for the delay.

Finally, the captain came on the intercom and told us there was an issue and that he was having us deplane for the moment. When I got off, I got in line at the ticket counter to see about getting on the next flight to Tulsa. There were several in line ahead of me, and the lady at the counter seemed to be going very slowly in helping those customers. By the time the man directly in front of me was finally at the counter, they made an announcement that the issue was fixed and that this original plane was cleared to go to Tulsa. I got out of line and reboarded the plane when my group was called.

The seat next to me stayed empty and I thought maybe the young man had found another flight. But right at the last minute, he comes walking down the aisle, and as I get up to let him in, I said to him “Wow! I’m glad you didn’t miss this flight.” He looked at me for the first time, and said “yeah, me too.” Somehow that opened up into a conversation that lasted the whole flight.

Yes, we were “those people” who talked the whole way. I tried to keep my voice as low as possible, yet I knew this was an important conversation. He told me this was his third attempt of the day to get back to Tulsa after not being able to get to Colorado because of cancellations the day before. He gave up on his trip and decided to just fly back home.

I didn’t know it at the time, but by the end of the trip, I could see how God had orchestrated the two of us sitting in those 12D and E seats just so we could have a conversation that ended up with me sharing my testimony of God’s presence in my life. I nearly missed that opportunity by trying to get on another flight. He shouldn’t have been on that flight to begin with because he was planning to be in Colorado, yet there he was. And to me the most interesting part was that we didn’t talk the first time we boarded the plane. It felt like reboarding gave us a second chance to talk to each other.

I could feel the presence of God getting stronger and stronger as we talked, and at one point he said, “I feel like I could cry, and I don’t cry!” He also said that he doesn’t usually talk to people, being more of an introvert, so he was genuinely surprised how easy it was to talk.

I like what David G. Benner said in his book called Sacred Companions. He said “…what I do or say is ultimately not all that important. The most important thing I can do is help the other person be in contact with the gracious presence of Christ. If I bring anything of value to the meeting, it is that I mediate divine grace.”

When we find ourselves in a moment that we sense God has ordained, we can trust the Holy Spirit to help us navigate the opportunity so that His presence is accommodated. At the beginning of our conversation, when I first began to realize that the Lord wanted me to talk about Him to this young man, I didn’t know exactly what I would say. The more we talked, the easier it got to talk naturally about my relationship with God. He said just before we landed, that he had never talked to a Christian like me before. His previous experiences in talking to Christians had always made him feel shame and condemnation.

If we develop a sensitivity to the Holy Spirit concerning the places where God may choose to honor His name, we will have multiple opportunities to represent and offer the grace of God to those we come into contact with during our day. God is not willing that any should perish…and neither are we.