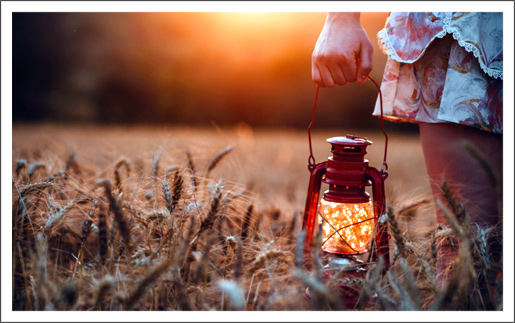 “For you, O Lord of hosts, the God of Israel, have made this revelation to your servant, saying, ‘I will build you a house.’ Therefore your servant has found courage to pray this prayer to you” 2 Samuel 7:27 (ESV).

King David was well known as a man after God’s own heart (Acts 13:22). He was a man of prayer as evidenced in the many Psalms that he wrote, as well as other recorded instances in the Bible. He says here that he found courage to pray after God revealed His will to him. Several other translations state, “Therefore your servant has found in his heart to pray this prayer to you.”

The world, as we see it from a human perspective, can be discouraging and sometimes frightening. Certainly David had to face his many enemies as he pursued the will of God revealed to him. We see battle after battle recorded in Scripture against earthly enemies as well as the internal heart issue struggles he had to fight. Paul told Timothy in 1 Timothy 6:12 that there was a “good fight of faith” to be fought as he “took hold” of eternal life and this continues to be true through the ages for all who belong to God.

We know we “have not because we ask not” (James 4:2 KJV) so therefore prayer becomes our response to what God has made known to us. What are some things that bring us courage or give us the “heart” to pray, to ask God that His kingdom come and His will be done on earth as it is in Heaven?

Confidence in What the Will of God Is in the Situation

I have found in my own life that knowing the details of all that God wants in certain circumstances comes progressively. I will have a general idea of the direction He wants to go, but as far as specifics are concerned, I will often need to seek and wait on the Lord for those. A verse that has been a great comfort to me is found in John 16:13, “But when he, the Spirit of truth, comes, he will guide you into all the truth. He will not speak on his own; he will speak only what he hears, and he will tell you what is yet to come.” I believe that when I pray, the Holy Spirit guides me into praying the truth. He will reveal what I need to know as I need to know it. Developing the ability to hear the voice of the Holy Spirit comes with experience so we must apply ourselves to this discipline with faith and patience, which inherit the promises of God, as the Bible tells us.

Knowing and Receiving the Promises of God

2 Samuel 7:28 continues on to say “And now, O Lord God, You are God, and Your words are true, and you have promised this good thing to your servant.” Barnes’ Notes on the Bible has this to say about this verse: “The promises of God are the true guide to the prayers of his people. We may dare to ask anything, how great soever it may be, which God has promised to give.” Matthew Henry Commentary says “What can we say more for ourselves in our prayer than God has said for us in his promises?” The NIV version of 2 Corinthians 1:20 encourages us, declaring “For no matter how many promises God has made, they are ‘Yes’ in Christ. And so through him the ‘Amen’ is spoken by us to the glory of God.” The Father has “granted to us his precious and very great promises, so that through them you may become partakers of the divine nature (2 Peter 1:4 ESV).” Our courage is ignited in the realization that our God of truth (Psalm 31:5) has made promises to us that He is committed to keep, for He is not a man that He should lie (Numbers 23:19 ESV).

I remember hearing a story about a powerful revival in the Hebrides islands. Early on, during a service, a young man spoke out “God, You can’t fail us. God, You can’t fail us. You promised to pour water on the thirsty and floods upon the dry ground — God, You can’t fail us!” (Revival in the Hebrides by Duncan Campbell) That man embraced a promise in prayer that God had made and God honored his courage to make a public stand. That night many people were drawn to the church and the meeting continued until 4:00 a.m. It is said that the whole island was swept by the mighty power of God in the ensuing years.

A favorite verse of believers is Ephesians 3:20. To think about God being able to “do far more abundantly than all we ask or think” is to open our hearts and minds to the possibilities that dwell in the heart of God. When we pray, we don’t have to be limited only by what we see, know, and have experienced in the past. Earthly expectations are far exceeded by the heavenly intentions so our prayers ought to include a “faith allowance” for all that God may want to do. 2 Samuel 7:21 says “Because of your promise, and according to your own heart, you have brought about all this greatness, to make your servant know it.” Courage will help us to pray the expansive prayers that God’s heart wants to respond to so that we may be filled with all the fullness of God.